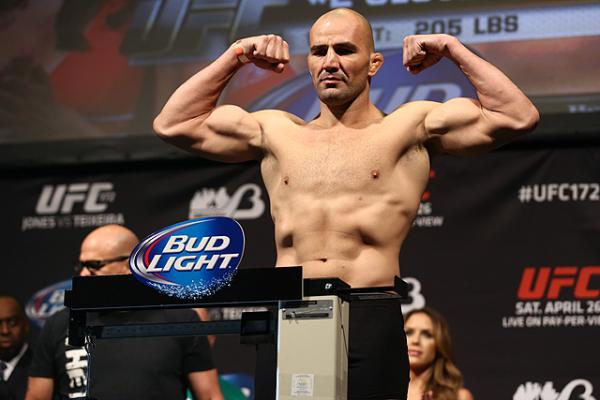 Glover Teixeira will not need surgery on the shoulder he injured at UFC 172. | Dave Mandel/Sherdog.com


Contrary to the initial expectation, Glover Teixeira will not require surgery on his injured shoulder.

“Great news today from [my doctor],” Teixeira tweeted. “No surgery needed on my shoulder right now. Thank [you] everyone for the support!”

Jon Jones injured Teixeira’s right shoulder in their UFC 172 main event, catching the native Brazilian’s arm in a standing crank during the opening period. Jones would go on to win a clear-cut unanimous decision, earning scores of 50-45 across the board to retain his belt.

Prior to that setback, Teixeira had won 20 consecutive fights, five of which came in the UFC. After clearing up long-standing visa issues that delayed his Octagon foray, Teixeira debuted with the Las Vegas-based promotion in 2012, besting Kyle Kingsbury, Fabio Maldonado, James Te Huna and Quinton Jackson before stopping Ryan Bader last September to earn his shot at Jones’ title.