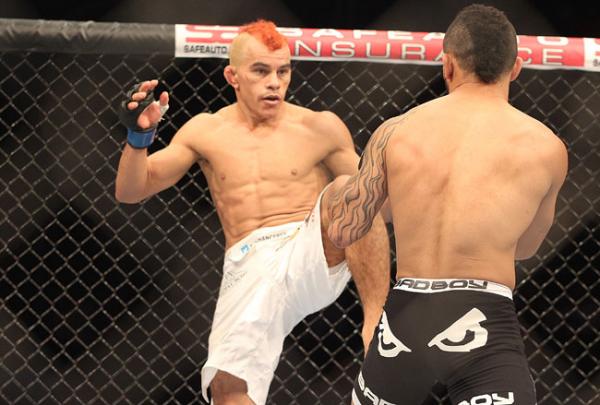 
After nine months away from the cage, Jose Maria Tome is ready to return.

Training under the Nogueira brothers since March, Tome has focused on improving his wrestling and boxing, tools which he says will serve him well when he meets Roberto Barbosa de Souza on Sept. 20 for the flyweight title of Brazilian promotion Talent MMA Circuit.

“I’m feeling very good, mainly because of the evolution of my game,” Tome asserted in a statement released to Sherdog.com on Monday. “I took this time off fighting to change my workouts and join Team Nogueira, and I’ve seen many advances. My game just got better. I’ve been confident in all the work I did in these months. I want to make a statement with this return, so I look forward to appearing among the top of the national rankings.”

While his UFC bouts against John Lineker and Dustin Ortiz never lacked action, Tome knows that excitement will be key to returning to the big shows. At the same time, excitement isn’t everything, and Tome now recognizes another key to winning fights: game-planning.

“I really want to win this Talent Circuit belt. It will be very important to me, because I intend to show a new ‘No Chance,’ more mature and strategic,” says Tome. “I think that’s what was missing during my stint in the UFC. I think I left a good impression in the UFC, as I was winning the rounds, but I didn’t manage to end the fights.

“I’m going to focus on strategy, and if I have to fight for 15 minutes, I’m going to do it. I’m going to keep my aggressive attacks, but using everything I’ve learned in this period at Team Nogueira. What comes next will be a consequence of this work.”