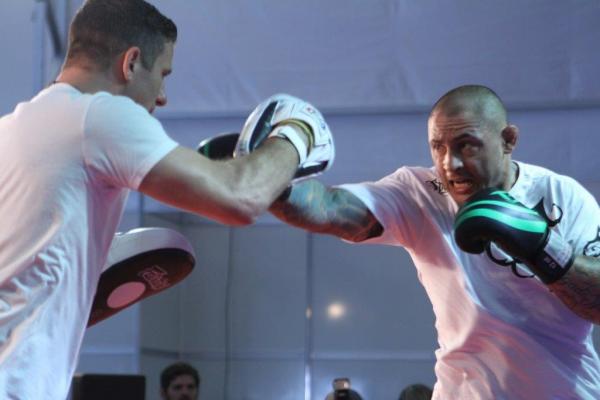 Thiago Silva will fight outside the UFC for the first time since 2007. | Marcelo Alonso/Sherdog.com


UFC veteran Thiago Silva now has a date for his return to the cage.

Fight Time Promotions on Friday announced that the Brazilian light heavyweight will compete on the Florida-based organization’s Aug. 29 card, Fight Time 20, at War Memorial Auditorium in Fort Lauderdale, Florida. Specifics of the bout, including Silva’s opponent, were not disclosed.

Silva, 31, was arrested in February after allegedly threatening brandishing a gun and threatening people at Pablo Popovitch Brazilian Jiu-Jitsu Center in Fort Lauderdale. He was subsequently released by the UFC, for whom he had competed since 2007 and had compiled a record of 7-3 with two no-contests. Silva was released from jail on $25,000 bond in March; according to a report from Fox Sports, he returned to training with his Blackzilians teammates last month.