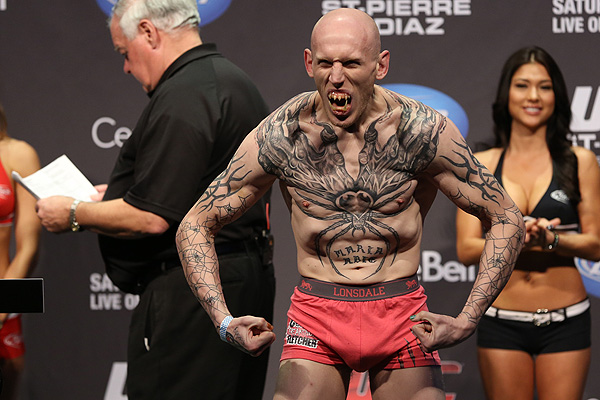 
A lightweight showdown between onetime UFC talent Colin Fletcher and former King of the Cage titlist Tony Hervey has been booked for BAMMA 15.

Sherdog.com verified the matchup with a source close to the fight on Saturday evening. The British Association of Mixed Martial Arts will hold BAMMA 15 at the Copper Box Arena in London, and the April 5 event will feature a heavyweight headliner pitting Oli Thompson against Gzim Selmani.

Fletcher competed on “The Ultimate Fighter: The Smashes” in 2012, advancing to the lightweight final before falling to Norman Parke at the live finale. “Freakshow” would then stumble against Mike Ricci in his final Octagon appearance before righting his ship in his return to BAMMA last September. However, Fletcher was again defeated in his most recent outing, submitting to Mansour Barnaoui on Dec. 14 at BAMMA 14.

A former two-division KOTC title holder, Hervey recently snapped a three-fight skid by edging Curtis Demarce in a split verdict this past November. “Lionheart” owns 11 of his 16 career victories by form of knockout and has been stopped with strikes just once in 32 pro outings.