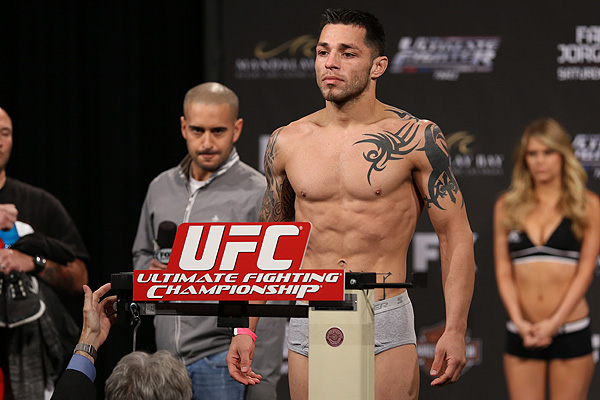 
A featherweight tilt between Daniel Pineda and Robert Whiteford has been added to the UFC 171 lineup.

Promotion officials recently announced the pairing. UFC 171 takes place at the American Airlines Arena in Dallas on March 15 and is headlined by a welterweight title bout between Johny Hendricks and Robbie Lawler.

After beginning his UFC tenure with back-to-back triumphs over Pat Schilling and Mackens Semerzier, Pineda has lost three of his last four inside the Octagon. Most recently, he was outpointed by Diego Brandao at UFC Fight Night 26 in August.

Whiteford, meanwhile, made his promotional debut on Oct. 26, when he was submitting by Jim Hettes at UFC Fight Night 30. That loss ended a 10-fight winning streak for the 30-year old Scotland native.