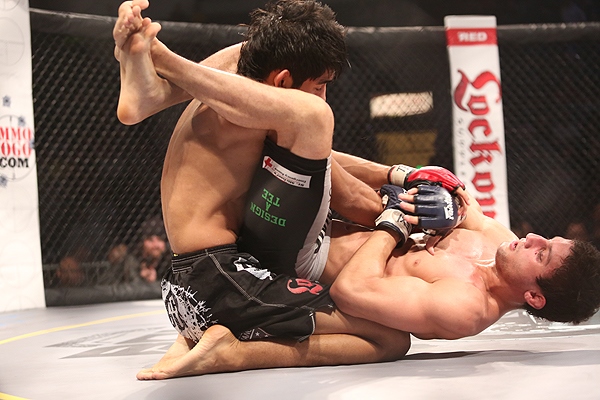 
Brazilian prospect Allan Nascimento and Ukranian up-and-comer Ruslan Abiltarov will square off in the flyweight main event of XFCI 7 on Nov. 1.

Since his debut in November of 2011, Nascimento has won 14 times, 12 of them by submission. “Puro Osso” made his XFC debut in March, finishing Matias Vasquez with an armbar. At XFCI 5 in June, he forced Andre Lourenco to tap out via brabo choke.

“I will fight on my backyard. For sure, it’s a great motivation,” Nascimento stated in a press release. “I have already invited all my friends, teammates, family, cousins and uncles who have never seen me fighting. I want people who cares about me rooting for me. My home is 20 minutes away from the venue by walking in a straight line. Let’s see how it goes, maybe, yes, I’ll walk. What I can say for sure is that I’m really motivated and looking forward on stepping into the hexagon once again.”

Abiltarov has finished 11 of his 16 victories inside the distance. “The Predator” will be making his promotional debut after competing for promotions such as M-1 Global and Gladiators Fighting Championships.

The main card of XFCI 7 will be rounded out by Juliana Werner versus Iryna Shaparenko and Cairo Rocha versus Sergei Bal.