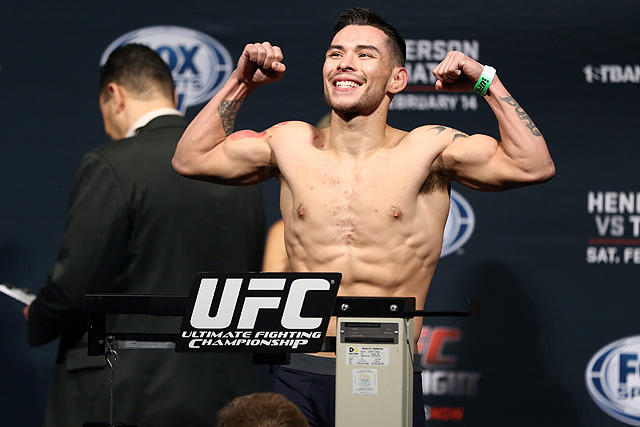 
An intriguing 125-pound tilt has been added to next month’s Ultimate Fighting Championship event in Tennessee.

Borg, 21, has tasted defeat just once in nine professional bouts, losing a split decision in his April 2014 UFC debut against Dustin Ortiz. Since then, “The Taxmexican Devil” has looked impressive in submitting back-to-back opponents Chris Kelades and Shane Howell.

Herrera, 25, is undefeated through eight bouts and has finished all but two of his opponents, with five wins via submission. “La Pulga” comes to the UFC on the heels of a win in feeder organization Resurrection Fighting Alliance, where he punched out veteran Josh Rave on April 10.