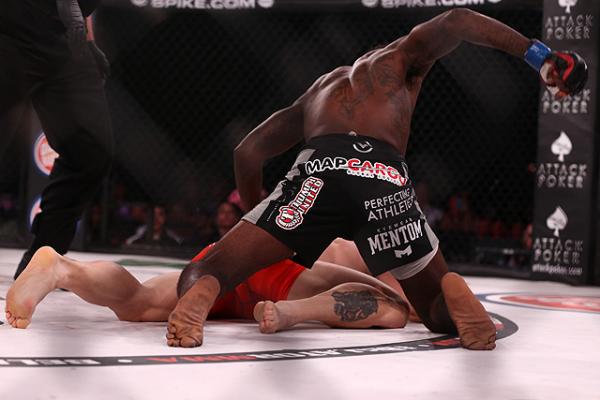 A little less than seven months after relinquishing the Bellator MMA featherweight championship, Straus rebounded with a first-round technical knockout against Justin Wilcox in the Bellator 127 headliner on Friday at the Pechanga Resort and Casino in Temecula, Calif. Wilcox (14-7, 3-2 Bellator) was deemed unfit to continue 50 seconds into round one.

Straus (23-5, 9-2 Bellator) capitalized on the aggression of “The Silverback,” who left himself vulnerable in his unrestrained pursuits. The American Top Team export cracked Wilcox with a laser beam of a left hook, followed him to the mat and closed the deal there, forcing the hand of referee “Big” John McCarthy with a quick burst of punches and hammerfists. The 30-year-old Straus has won seven of his last eight fights. 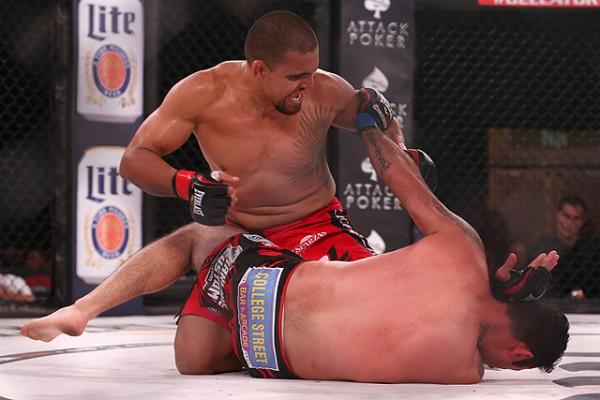 (+ Enlarge) | Photo: D. Mandel/Sherdog.com
Gonzalez smoked Parisyan in 1:43.
Fernando Gonzalez took care of former World Extreme Cagefighting champion Karo Parisyan with unanswered punches in the first round of their 173-pound catchweight co-main event. Parisyan (24-11, 2-2 Bellator) met his end 1:43 into round one. Gonzalez (22-13, 2-0 UFC) caught the incoming Armenian judoka with a short left uppercut, folding him where he stood in the center of the cage.

Parisyan did what he could to recover, but the Team Quest representative offered him no refuge. Punches, elbows and hammerfists flew, increasing in intensity with each passing moment. The barrage left referee Mike Beltran no choice but to intervene.

The well-traveled Gonzalez has posted back-to-back wins since arriving in Bellator in July. 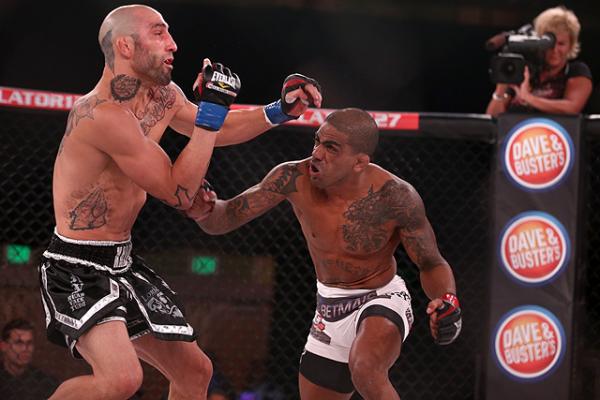 Silva (22-4, 3-1 Bellator) dropped “The Ultimate Fighter” Season 5 graduate with a searing right hand inside the first minute, settled in half guard and scored with ground-and-pound.

With that, the tone had been set. Emerson (17-11, 2-1 Bellator) enjoyed some success on the feet with punching combinations and stinging leg kicks, but he could not stay upright long enough to turn the tide in his favor. Silva struck for multiple takedowns in the second and third rounds, neutralizing the Californian and forcing him to waste energy off his back while precious time bled.

The 29-year-old Silva has rattled off 14 wins in his past 15 appearances. 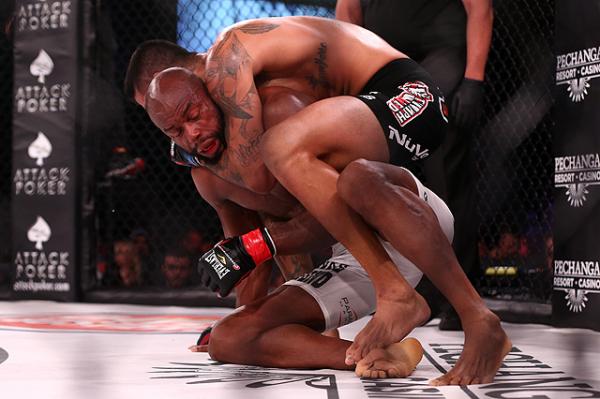 Grove (21-14, 2-1 Bellator) floored the former Bellator MMA light heavyweight champion with a straight right hand inside the first 10 seconds and went to work from there. The 31-year-old Hawaiian handled his business in the clinch, utilizing knees, foot stomps and a few standing elbows.

M’Pumbu staggered his 6-foot-6 counterpart with an overhand right in the second round, only to succumb to a takedown. Grove dodged an ill-advised kneebar attempt, softened him with ground-and-pound, moved to his back and cinched the choke on the transition.

M’Pumbu has lost four fights in a row. 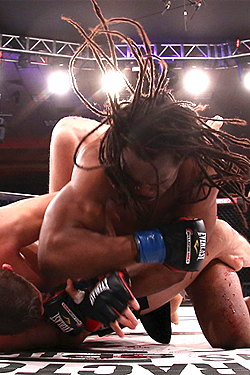