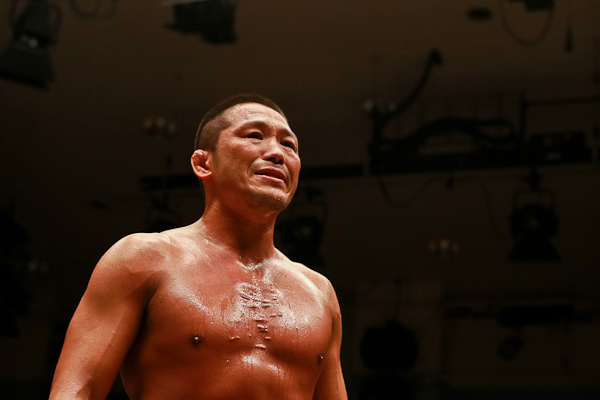 “One reason is that I feel limited in progressing further,” explained the “The Hitman.” “Another reason is that someone I trust very much advised me that I should probably stop while I can, before I become too physically damaged.”

Over the course of his decade-long career, Misaki has been in more than his fair share of memorable wars. However, he is perhaps most remembered for his epic 2009 and 2010 Sengoku Raiden Championships title tilts with UFC vet and former SRC middleweight champ Jorge Santiago. Though close-fought, Misaki sustained significant damage in both losing efforts. Misaki has claimed to have no memory of his last and bloodiest encounter with Santiago, a bout that required his cornermen throw in the towel to save him in the fight’s final seconds.

Misaki has since gone on to string together three wins--one of which was the retirement bout of Pride-mainstay-turned-referee Akira Shoji in April 2011’s Deep 53 Impact, and the latest of which was a close decision victory in a March 2012 Strikeforce match with Paul Daley. Perhaps owing to his current involvement in the Zuffa-owned, Showtime-based promotion however, the former Pride champ is uncertain whether or not he can actually participate in an official capacity in his December retirement event.

“I'm not really sure if I can actually fight because of contract matters, but I want people to be satisfied when they come to see my retirement,” admitted Misaki, implying that he may participate in an exhibition bout instead.

Despite leaving active competition, Misaki promised to continue being involved in the sport, though he did not specify in what capacity.

“I don't have any regrets. I'm really happy now,” he said. “As a fighter, of course it's rough to be leaving, but I really am happy now.”