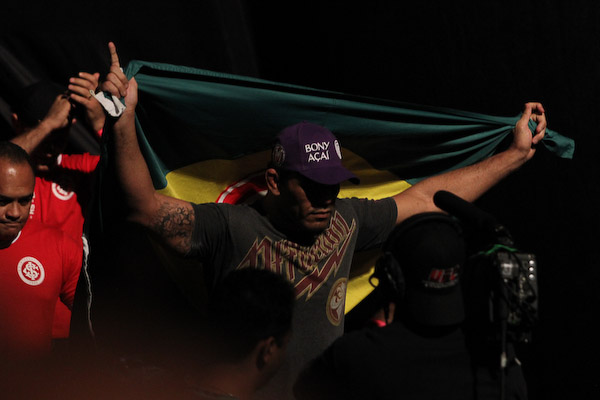 Antonio Rodrigo Nogueira has decided to hang up his gloves. | Photo: Sherdog.com

The Brazilian announced his decision on Tuesday. Nogueira will continue to work for the UFC as the promotion’s athlete relations ambassador in Brazil. According to a UFC release, “Minotauro” will “serve as a liaison for the organization between athletes, sponsors, media and government bodies, as well as act as a mentor in the development of young athletes” in the South American country. He will also help the UFC discover talent throughout the region.

“It’s a great pleasure and an honor for me to further my ties with the UFC. I’ve always had a passion to follow the development of new athletes and that’s what I intend to continue doing,” Nogueira stated. “I want to help further the spread of MMA around the world and give my contribution to the emergence and development of young talent. I appreciate all the confidence that Dana White, Lorenzo Fertitta and Frank Fertitta have in me, and I believe we will reach big results together. I know that I can, and will, contribute much to the growth of our sport outside of the Octagon.”

Nogueira exits the sport as one of the most decorated heavyweights of all time. He was a two-time Pride heavyweight ruler and posted triumphs over the likes of Mark Coleman, Dan Henderson, Mirko Filipovic, Ricco Rodriguez, Sergei Kharitonov, Fabricio Werdum and Josh Barnett in the Japanese organization before it was purchased by Zuffa.

The Brazilian then captured the UFC interim heavyweight strap in 2008 by submitting Tim Sylvia with a guillotine choke at UFC 81. The Team Nogueira co-founder also earned notable triumphs against Randy Couture and Brendan Schaub during his UFC career.

Nogueira had fallen on hard times of late, however, winning just twice in seven Octagon appearances since 2010. He ended his tenure with the Las Vegas-based organization on a three-fight losing streak, most recently dropping a three-round verdict to Stefan Struve at UFC 190 on Aug. 1. Four of his last five defeats came via knockout or submission.

Nogueira owns a career mark of 34-10-1 with one no contest since making his professional debut in 1999. Renowned for his ability to overcome adversity in a fight, Nogueira finished 21 of his victories by way of submission.

“Big Nog is a legend in the sport of MMA,” White said. “He is respected by fighters and fans worldwide. It has been an honor to watch him compete and I'm happy to see him retire. He will be a huge asset to the UFC, the athletes and the sport as an ambassador. I look forward to working with him in this new chapter of his life.”