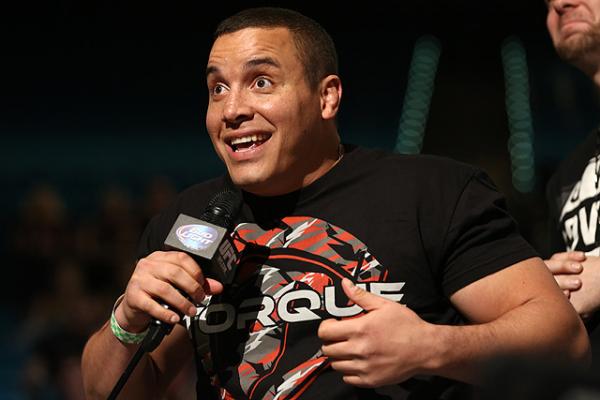 Pat Barry will not compete at Glory 20. | Dave Mandel/Sherdog.com


Former Ultimate Fighting Championship competitor Pat Barry has withdrawn from his Glory 20 bout against Mourad Bouzidi due to injury.

Glory officials made the announcement via Twitter on Thursday. In the card’s main event, Andy Ristie will challenge Robin van Roosmalen for the kickboxing promotion’s lightweight title. The event takes place at Dubai World Trade Centre on April 3.

Pat "@HypeOrDie" Barry is out of #GLORY20 due to injury. We wish him a speedy recovery and will book him to appear on an upcoming event.

The bout’s cancellationt makes room on the card for the promotional debut of former One Championship fighter Chi-Lewis Parry, who will meet Xavier Vigney in heavyweight action.

Undefeated in both mixed martial arts and kickboxing, the 31-year-old was last in action against Alan Ngalani at One FC 18.