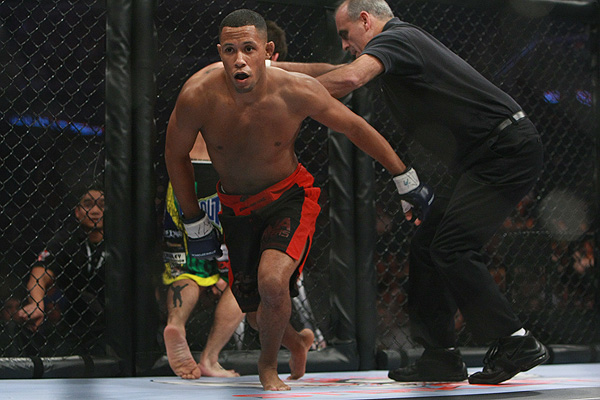 
Miguel Torres recently said he’d be fighting at World Series of Fighting 6, but it was initially unclear who his opponent would be. Now he has a dance partner.

Promotion officials announced on Saturday that Torres will square off with Pablo Alfonso on Oct. 26. WSOF 6 takes place at the Bank United Center in Coral Gables, Fla., and is headlined by a welterweight title tilt between Josh Burkman and Steve Carl. The event’s main card will air on NBC Sports, while the prelims stream live on Sherdog.com.

A 31-year-old Miami native, Alfonso’s last three bouts have taken place under the Championship Fighting Alliance banner. Most recently, “The Hurricane” submitted Shah Bobonis with a first-round rear-naked choke at CFA 9 in January. The MMA Masters product has finished all eight of his professional victories by knockout, technical knockout or submission. Alfonso has suffered notable losses at the hands of former Bellator and WEC talent Chase Beebe and highly-regarded prospect Pedro Munhoz.

Torres last competed at WSOF 1, where he lost a split decision to Marlon Moraes. The defeat marked Torres’ first appearance outside the Zuffa realm since 2007. After a successful stint in the WEC, Torres posted a 2-2 mark in the Octagon, falling via first-round knockout to Michael McDonald in his last UFC outing.