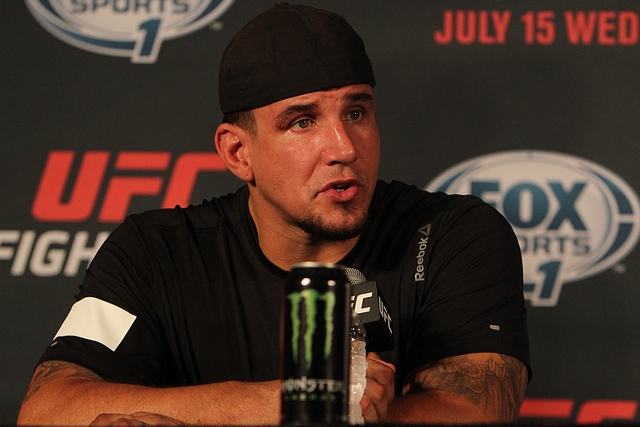 
Frank Mir made his name in the UFC as a ground specialist, thanks in large part to bone-snapping submissions against the likes of Tim Sylvia and Antonio Rodrigo Nogueira earlier in his career.

All told, the former heavyweight champion owns eight submission victories in the Octagon, an impressive array of limbs that also includes Cheick Kongo, Tank Abbott and Brock Lesnar. But at point in his career when many fighters are doing their best to counteract Father Time’s effect on the chin, the 36-year-old Mir is reinventing himself as something of a knockout artist.

Never was that more evident than UFC Fight Night in San Diego on Wednesday, when Mir engaged in a full-fledged firefight with Todd Duffee, the same heavyweight who demolished Tim Hauge in seven seconds in his UFC debut. While there were a couple of harrowing moments, Mir hung tough and waited for an opening. It arrived when Duffee carelessly launched a pair of flailing right hooks, the second of which was so wide that Mir was able to knock the 29-year-old fighter unconscious with a clean, counter left hand to the chin. Duffee landed face-first on the canvas, and with that, Mir had his second consecutive KO triumph.

Just how was Mir able to survive in Duffee’s supposed wheelhouse? According to the Las Vegas resident, it’s all about practice. As he did following his win over Antonio Silva in February, Mir credited a boxing-centric camp for much of his success.

“Even when [Duffee] did hit me, one thing I’ve learned now sparring hard with boxing, wearing headgear and smashing [each other], having partners, they don’t just land one and go, ‘Oh are you OK?’ They land two, three, four shots. I’ve avoided that kind of sparring [in MMA],” Mir said. “Once I spar, from bell to bell it’s to the death. We’re trying to hurt each other and that gives me that training.”

“If I get caught with a shot like Todd [landed] tonight I can roll and move around and keep my eyes on it knowing what more is coming after it,” he continued. “Where in the past I might’ve taken one shot and taken a third fourth and fifth and heck man, heavyweights hit hard.”

It’s an interesting philosophy considering the events of recent weeks, when featherweight champion Jose Aldo was forced to withdraw from UFC 189 after breaking his rib in sparring. UFC President Dana White has recently been critical of the training methods utilized in MMA gyms, urging the camps to ease up on some of the full-contact sessions in order to preserve the health of the fighters.

For Mir, however, it was a necessity, especially considering the fact that he entered as the underdog against the physically imposing Duffee.

“I always felt that Todd….[is] a plus 10 in power, plus 10 in speed, he’s all offense. I’ve always questioned his defense and his movement,” Mir said. “I think a lot of guys see that overwhelming power and they step back and give him room. He’s such an explosive athlete. The guy has one heck of a vertical, can deadlift incredible amount of weight. So if you sit there and take a right hand and you step back it allows him to hit you that much harder. I took a key out of boxing, which is to constantly slip punches and move forward.”