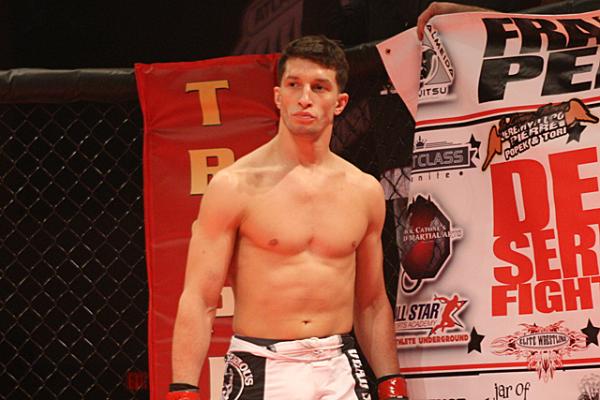 
Johnny Case will now fight Frankie Perez in a lightweight bout at UFC Fight Night “McGregor vs. Siver” on Jan. 18.

Ultimate Fighting Championship officials announced the bout on Tuesday. Case was originally slated to face Paul Felder and then Francisco Trevino, but an injury to Trevino’s rib has forced him to withdraw.

The tilt will take place on the undercard of an event headlined by Conor McGregor versus Dennis Siver. The card will air live on Fox Sports 1 from TD Garden in Boston.

Perez will make his UFC debut following a WSOF 13 victory against Tom Marcellino. The 25-year-old has finished six of his nine victories and was scheduled to headline alongside George Sheppard at Ring of Combat 50 on Jan. 23 before getting the call-up to the UFC.

Standing opposite Perez inside the Octagon will be Case, a winner of nine straight fights, including a technical submission of Kazuki Tokudome at UFC Fight Night “Hunt vs. Nelson.” The 25-year-old has not suffered a loss since 2010.