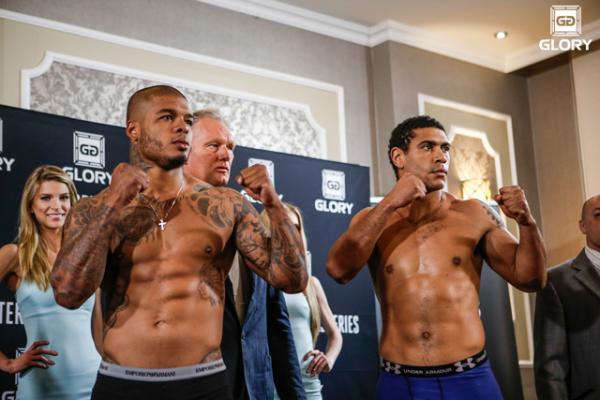 The April 12 show will air via tape delay on Spike TV, highlighted by the light heavyweight tournament final. The event takes place at Ulker Sports Arena in Istanbul, Turkey, and will see Tyrone Spong (208.78) lock horns with Saulo Cavalari (208.56), while Gokhan Saki (209.11) battles Nathan Corbett (207.68) in the round-of-four. The winners will then square off for the title to close the show.

The event will also showcase a lightweight confrontation pitting Dutchman Robin van Roosmalen (153.22) against Armenian talent Marat Grigorian (155.21). Rounding out the main card will be a light heavyweight clash between Danyo Ilunga (209.33) and Andrei Stoica (206.57).

Spong’s name is likely the most recognizable to MMA fans, as the decorated kickboxer competed twice for the World Series of Fighting in each of the last two years. The 28-year-old earned victories in both of his WSOF appearances, knocking out Travis Bartlett in 2012 before outpointing Tachi Palace Fights light heavyweight king Angel DeAnda last August at WSOF 4.

*Sitmonchai made weight on his second attempt, coming in under the 143.3-pound (60 kg) limit.