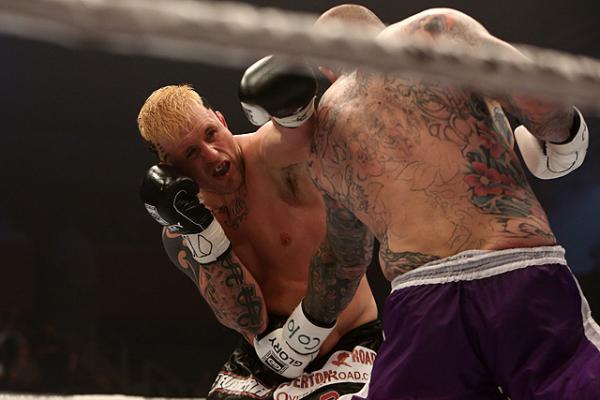 Marcus Sursa will face Brian Collette in a kickboxing bout on May 29. | Dave Mandel/Sherdog.com

Legacy FC promoter Mick Maynard recently revealed the matchup to Sherdog.com, as well as the rest of the seven-bout main card. The event takes place May 29 at Horseshoe Casino in Bossier City, La, and airs on AXS-TV.

The other six fights on the main draw include: Myron Dennis vs. Warren Thomson at 205 pounds; Abdul Razak vs. Francois Ambang at 170; Tommy Diekmann vs. George Pacarariu at 140; Dustin Johnson vs. Bruno Carvalho at 154; Lindsey Marino vs. Andrea Lee at 125; and Kendrick Williams vs. David Bosnick at 145.

In addition, the evening’s undercard will feature a blend of kickboxing and mixed martial arts bouts.

Collette, who sports a 20-2 pro kickboxing mark, last appeared at Glory 12, where he scored a first-round knockout of Warren Thompson. A 24-fight MMA veteran, Sursa is 5-2 in the kickboxing arena.