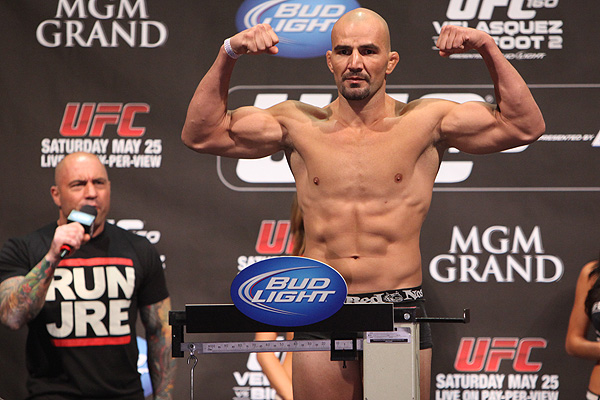 A light heavyweight showdown between Glover Teixeira and Ryan Bader will headline the Ultimate Fighting Championship’s latest trip to Brazil when the promotion revisits Belo Horizonte on Sept. 4 for the UFC’s third appearance on Fox Sports 1.

The evening’s main-card broadcast will serve as a lead-in to the premiere of “The Ultimate Fighter” Season 18 on FS1, which features UFC women’s bantamweight champion Ronda Rousey and Miesha Tate as coaches.

Teixeira was initially supposed to face Bader on May 25 at UFC 160, but “Darth” withdrew from that booking due to injury. Instead, Teixeira faced hard-hitting James Te Huna, submitting the New Zealander with a first-round guillotine choke. The triumph served as the 19th consecutive victory for the native Brazilian, who also owns Octagon wins over Kyle Kingsbury, Fabio Maldonado and Quinton Jackson.

Bader last competed in January, when he finished Vladimir Matyushenko in just 50 seconds after catching the former IFL champion in a guillotine at UFC on Fox 6. The former NCAA Division I wrestling All-American has won three of his last four bouts, posting victories over Jason Brilz and the aforementioned “Rampage” Jackson before suffering a knockout defeat to Lyoto Machida last August.