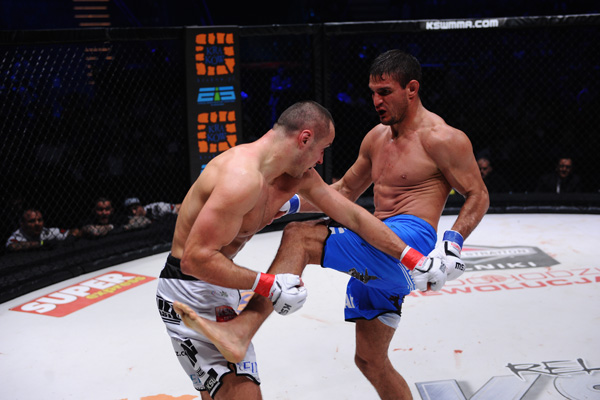 
Goran Reljic will defend his light heavyweight strap against Tomasz Narkun at KSW 32 "Road to Wembley."

The Polish promotion announced the bout via press release on Thursday. KSW 32 takes place at Wembley Stadium in London on Oct. 31 and is headlined by a heavyweight clash between Mariusz Pudzianowski and Peter Graham. Reljick defeated Narkun via majority decision in their first meeting at KSW 29 this past December.

Reljic captured the vacant 205-pound belt in May with a split verdict over ex-Bellator champion Attila Vegh at KSW 31. The four-time UFC veteran has won seven of his last eight fights, with a loss to Jan Blachowicz at KSW 22 the only blemish on his ledger during that time.

Narkun made a successful return to the KSW cage after his loss to Reljic, as he submitted Karol Celinksi with a first-round rear-naked choke on May 23. The 25-year-old Pole is 10-2 as a pro, with all of his triumphs coming by way of submission.