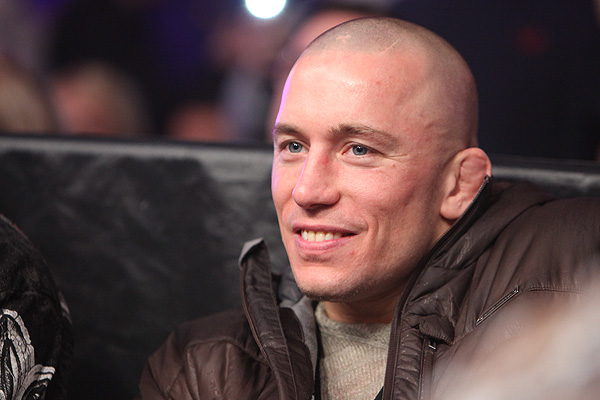 “I don’t think so just because Georges is so smart,” Jackson told the Sherdog Radio Network’s “Beatdown” show. “I always say that, but I don’t know if people realize just how smart he really is. He understands the game extremely well. Even if he gets mad, he’ll be able to control it and keep his business his business. He’s incredibly smart, like off-the-charts smart. I think he’s going to be much too smart to fall for that.”

Diaz is also smart, though, and has ways of baiting opponents into fighting his fight.

“Nick Diaz as a fighter, I really like him because he’s one of those few fighters that can almost always make somebody play his game,” Jackson said. “He does it in really smart ways. He’ll back you up against the fence and basically have a shootout that he’s probably going to win. If you take him down, you’ve got to deal with some really good ground skills. If you don’t engage that, he throws his arms up. He starts trying to punk you. He tries to attack your manhood so that you get mad at him, so that you do start playing that game. He’s really smart at what he does. He’s very, very clever, but as long as you stay away from those things, as long as you control those elements, you have a good chance of winning. It’s just dealing with that really, really smart pressure that he has that makes this fight interesting.”

Of course, even if Diaz does get St. Pierre upset, that might not be a good thing, in Jackson’s view.

“Up to the fight, I’m sure [St. Pierre] will be emotionally invested in it,” Jackson said. “I wouldn’t want to see Georges upset. I’ll put it that way. He’s a son of a gun even when he’s calm and rational. … I’ve worked with that guy for years, and if you got him really upset and he stays focused, that would be a very dangerous individual.”