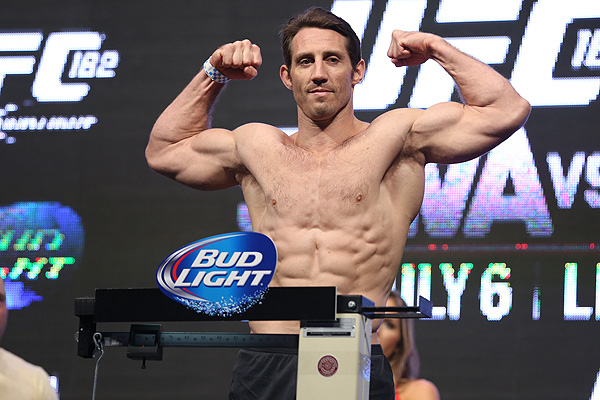 Tim Kennedy notched a win in his UFC debut July 6 against Roger Gracie, but the performance wasn’t as exciting as it could have been.

On Monday trainer Greg Jackson joined the Sherdog Radio Network’s “Beatdown” show to discuss Kennedy’s performance and what can be expected from him in the future.


Advertisement
On Kennedy’s unanimous decision over Gracie at UFC 162: “I think it went really well. [Kennedy] could have opened up a little bit more in the third. We talked about it after the fight … but Tim’s learning. It’s a process, and he’s getting better and better. The great thing about Tim Kennedy is we haven’t seen close to the best Tim Kennedy yet.”

On what Kennedy did well against Gracie: “This fight his head movement was really there. I was just really happy with him. When he was kind of outgrappling Roger -- I mean, Roger’s one of my heroes. I love that guy, [but] that was very impressive to me. [Kennedy] did the game plan exactly right. He did everything right. He got Roger really tired, really tried to work his arms and his shoulders by leaning weight on him and then went right after his strength, which was his jiu-jitsu, and was able to ground-and-pound and counter Roger’s jiu-jitsu and neutralize that front leg to take away Roger’s jab. He just did so many things, elements of the game plan right. Then when we get him to really take that next step up and kind of go to the second gear, like he could have done in the third round, he’s going to be great.”

On whether it affected Kennedy that he was fighting in the UFC for the first time: “I’m sure he felt some of that. That’s a ton of pressure to be in that situation, but for me, he did so extremely well. I was just happy with what he did. Again, I think he could do more because I have a lot of faith in Tim. I think he’s an amazing guy. I really think he has the potential to be an exceptionally great fighter, but it’s a process. … With or without the jitters, I was happy with his performance, but I’m looking forward to when he can really kick it up to a different gear.”

On where Kennedy fits in the UFC middleweight division: “He’s right in the mix. I mean obviously Roger’s a great, great fighter. He’s really tough. He’s amazing on the ground, and his standup isn’t that bad either. I think Tim was able to shut down kind of most elements of that. … He was able to neutralize and counter a lot of Roger’s stuff. I think that shows he’s really good on the ground and on his feet. He’s right in there with the mix, and I can’t wait until the next one.”