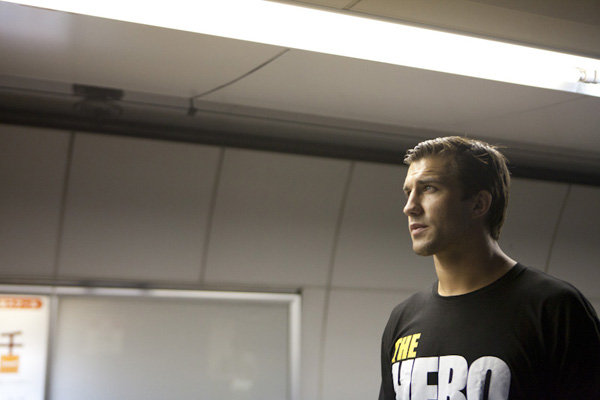 A left hand injury has forced Luke Rockhold to withdraw from his Nov. 3 title defense against Lorenz Larkin in Oklahoma City.

TheMMACorner.com first reported the news, and Sherdog.com confirmed Rockhold’s injury Tuesday with a source close to the fighter.

This marks the third injury to affect Strikeforce’s Nov. 3 offering, as Frank Mir and Sara McMann were also forced to pull out of their respective matchups against Daniel Cormier and Liz Carmouche. As of now, the event is still slated to take place at Chesapeake Energy Arena. It is currently unknown if Larkin will remain on the card, and the promotion has made no official announcement regarding Rockhold’s injury.

Rockhold, 27, has fought the majority of his professional career as a Strikeforce talent, posting six consecutive victories in the promotion’s hexagonal cage before capturing the middleweight title in a September 2011 clash with Ronaldo Souza. The American Kickboxing Academy standout has since defended his strap twice, first knocking out ex-UFC light heavyweight Keith Jardine in January before taking a unanimous decision from Tim Kennedy in July.

A former light heavyweight, Larkin has fought just once at 185 pounds, earning a unanimous decision victory over former EliteXC champion Robbie Lawler on July 14. Larkin has thus far competed five times for Strikeforce, notching wins over Scott Lighty, Gian Villante and Nick Rossborough last year before kicking off 2012 with a knockout loss to Muhammed Lawal that was later changed to a no-contest after “King Mo” tested posted for a banned substance.