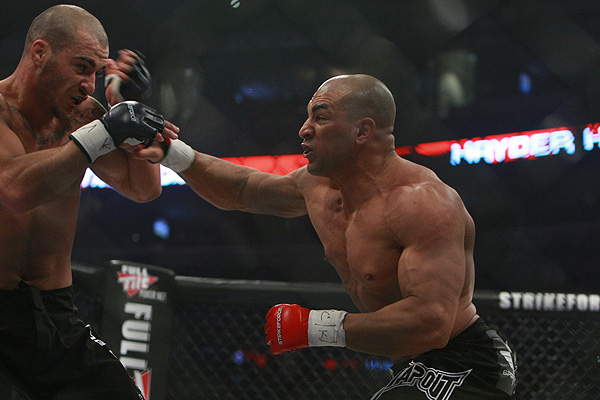 
The card for "The Ultimate Fighter 21" finale is complete, as two bouts were added to Sunday’s event following the conclusion of the long-running reality show.

The “TUF 21” finale takes place at the MGM Grand Garden Arena in Las Vegas on Sunday and is headlined by a 170-pound clash between Jake Ellenberger and Stephen Thompson. The evening’s main card, which includes the two recently-added fights, airs on Fox Sports 1 beginning at 9 p.m. ET/6 p.m. PT.

Hassan went unbeaten in three appearances on “TUF.” The 32-year-old is 6-1 in official professional bouts and last competed at Titan FC 31, where he scored a first-round technical knockout victory over Felipe Portela.

Usman, meanwhile, went 2-0 on the show. The 27-year-old Floridian is 5-1 since making his pro debut in 2012, with his last three triumphs coming under the Legacy FC banner.