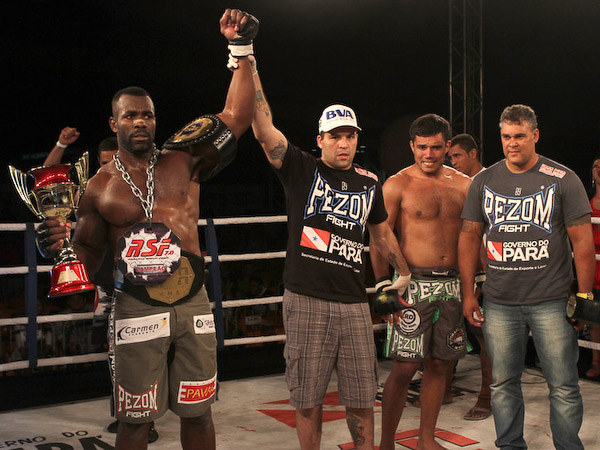 Geronimo dos Santos will have to wait a little longer to make his UFC debut.

Promotion officials announced Thursday that “Mondragon” has been forced to pull out of his planned UFC 153 scrap against fellow heavyweight Gabriel Gonzaga, though a reason for the Brazilian’s withdrawal was not revealed. It is currently unknown if Gonzaga will remain on the bill.

Dos Santos, 32, has emerged victorious in each of his last 10 outings, most recently knocking out Rodrigo da Silva in March and Eduardo Maiorino in May under the Max Fight banner in Brazil. “Mondragon” has finished 29 of his 31 career victims, earning 20 of those wins via form of knockout.

Gonzaga, 33, made his UFC return in January following a two-year Octagon absence, submitting countryman Ednaldo Oliveira with a first-round rear-naked choke at UFC 142. “Napao” previously contended for the UFC heavyweight title in 2007, falling by third-round technical knockout to then-champion Randy Couture at UFC 74.