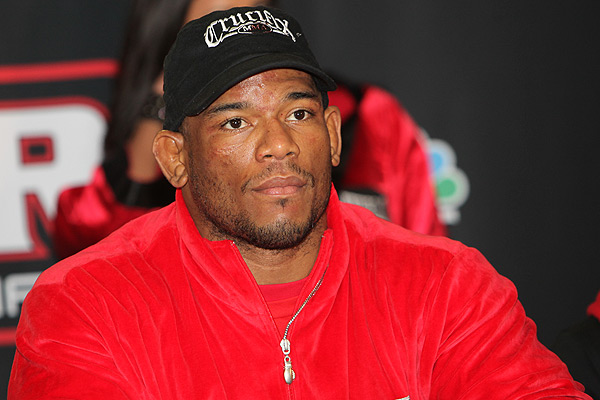 Hector Lombard is a man who knows what -- and who -- he wants.

The former Bellator middleweight ruler called out Michael Bisping in an interview with Fox Sports following Lombard’s first-round stoppage of Rousimar Palhares at UFC on FX 6 in Gold Coast, Australia.

“Bisping, please. I want a piece of him. I don’t want to talk. Let’s talk in the cage. He bothers me,” said Lombard (Pictured, file photo). “If I can’t fight Bisping, Mark Munoz, you’re next in line. I hope the UFC gives me the opportunity. I want to fight in the next couple of months, right away. I’m healthy. I don’t have any injuries, and I’m ready.”

A Cuban-born Australian fighting out of Coconut Creek, Fla., Lombard made his long-awaited UFC debut in July, only to suffer a lackluster split decision loss to Tim Boetsch at UFC 149. Lombard says he still takes issue with that verdict, which served as the 34-year-old’s first defeat since November 2006.

“It bothers me a lot,” said Lombard of the setback. “It wasn’t my best performance, but every single person [I’ve talked to] who watched the fight has been saying that I won.”

Against Palhares, “Lightning” left nothing to chance, carefully gauging his distance while he searched for an opportunity to unload his powerful punches upon the torso of “Toquinho.” Lombard stalked Palhares across the cage for the first half of the opening round before dropping him with a combination, at which time he pounced in search of a finish but instead ended up in Palhares’ dangerous guard.

“I was fine,” said Lombard of his decision to follow Palhares to the floor. “I told everybody that my ground game is fine, but I don’t like to take the fight to the ground. I like to stand up and knock people out.”

That is exactly what the hard-hitting southpaw did, not long after returning to his feet, as Lombard caught his retreating opponent with a stiff right hook and followed with a short left uppercut that put Palhares down. A trio of coffin-nail punches would follow from the former Olympic judoka, relieving the Brazilian of his consciousness 3:38 into the opening round. Predictably, the Australian crowd went wild, cheering their countryman to his first Octagon win.

“Every single time I fight in Australia, I please the crowd, so I’m pleased,” said Lombard. “I started my fighting career here, and my first fight was actually on the Gold Coast. You could tell how happy I was before the fight and after this win. Everything went perfect this time.”