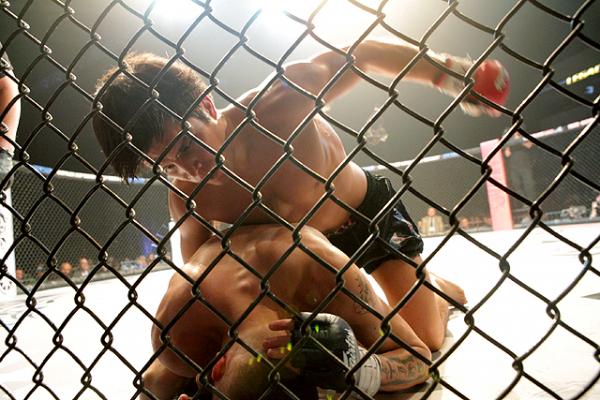 Henry Cejudo will get one more chance at making 125 pounds. | Robert Lopez/Sherdog.com

The Texas-based promotion Tuesday announced that Cejudo will compete in the flyweight headliner against Brian Hall, while Brookins will take on Austin Lyons in the bantamweight co-main event. LFC 34 takes place at Horseshoe Tunica Hotel and Casino and airs live on AXS TV.

In two attempts, Cejudo has yet to successfully make weight at 125 pounds, and Legacy promoter Mick Maynard today told MMAFighting.com that the wrestler will move up to 135 pounds if unsuccessful again. If the fight goes off without a hitch, according to Maynard, the winner will receive a flyweight title shot opposite Damacio Page. Cejudo, who won gold in Beijing at 121 pounds, was slated to face Page in June but withdrew from the bout due to personal reasons.

Despite his weight issues, Cejudo has racked up a 6-0 record since beginning his MMA career 16 months ago, with wins in the Legacy cage against Elias Garcia and Ryan Hollis. Hall possesses a 6-2 mark, including a pair of stoppage victories under the Bellator MMA banner.

Brookins will make his sophomore appearance with Legacy after submitting Cody Fuller via rear-naked choke in his March debut. Lyons last appeared on the undercard of Bellator’s May pay-per-view, where he earned a truncated technical decision over Zach Underwood.

Also scheduled to compete at LFC 34 is lightweight kickboxing convert Cosmo Alexandre, whose opponent has not yet been announced.