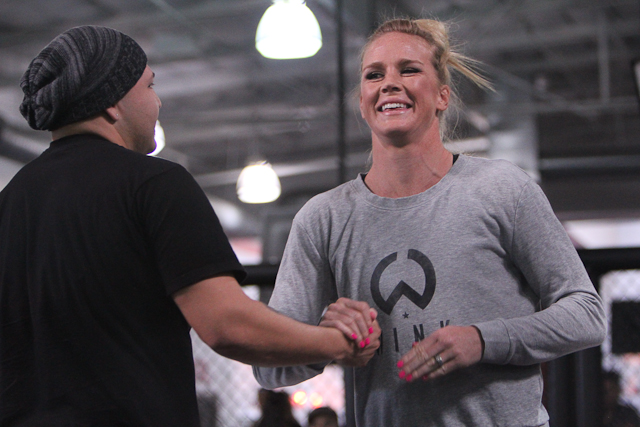 
It appears that Holly Holm will stay on the West Coast for her sophomore Octagon appearance.

The Las Vegas-based promotion is targeting a bantamweight matchup between Holm and Marion Reneau for UFC Fight Night "Mir vs. Duffee" in San Diego on July 15. Sherdog.com confirmed the news with a source close to the situation following an initial report from UFC Tonight. The UFC has not officially announced the bout.

The UFC Fight Night card takes place at the Valley View Casino Center and is headlined by a heavyweight clash between Frank Mir and Todd Duffee.

Holm’s promotional debut came against Raquel Pennington in the co-main event of UFC 184 in Los Angeles. The former boxing world champion captured a hard-fought split decision in the bout to improve to 8-0 in her professional MMA tenure.

Reneau has impressed in her first two UFC appearances. “The Bruiser” outpointed Alexis Dufresne in her debut at UFC 182 before submitting Jessica Andrade with a first-round triangle choke at UFC Fight Night “Bigfoot vs. Mir” on Feb. 22. Reneau is 6-1 since beginning her MMA tenure in 2010.