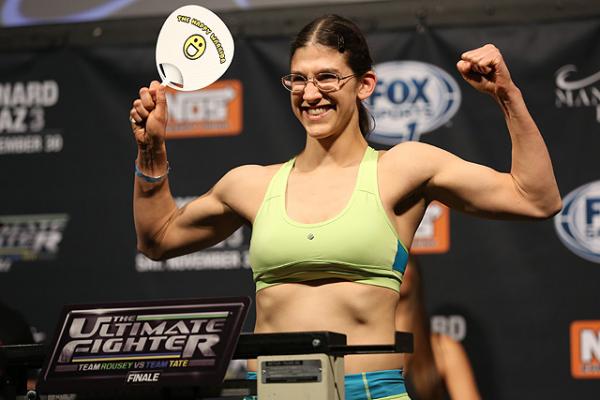 Roxanne Modafferi will try to get back on the winning track with Invicta. | Dave Mandel/Sherdog.com

Invicta officials revealed the signings late Friday and announced plans to hold six shows in 2014, with the first event of the year tentatively slated for April.

Joining Modafferi and Morgan in the Invicta talent pool will be 13 additional fighters, ranging from 105 to 145 pounds. Four-fight pro Amber Brown serves as the lone addition to the atomweight division, while Livia Renata Souza, Karolina Kowalkiewicz, Mellony Geugjes, Herica Tiburcio and Ashley Greenway step into the strawweight void recently created by the UFC’s talent acquisition for “The Ultimate Fighter 20.”

Modafferi and Morgan earned spots in the “TUF 18” house, though neither advanced past the quarterfinal round. A 26-fight pro, Modafferi was outpointed by Raquel Pennington at the season finale this past November, marking her sixth consecutive defeat. Morgan owns just three pro outings to her credit and suffered her first setback at the “TUF 18” finale, sustaining a unanimous decision defeat to Jessamyn Duke.