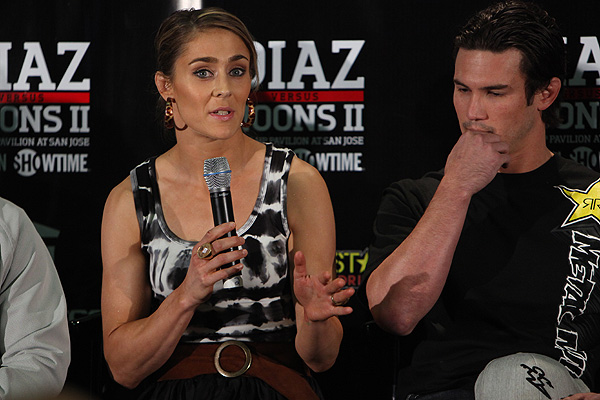 On April 28, Invicta Fighting Championships will launch its all-female fight series, and now, anyone with Internet access will be able to see it.

Promotion officials announced Wednesday that the 12-bout card will be streamed in its entirety on InvictaFC.com beginning at 8 p.m. ET/5 p.m. PT.

“Since we announced the formation of Invicta, we’ve received tremendous support and interest from fight fans around the world who are eager to watch some of the best fighters in the women’s field of MMA compete in our first event,” said Shannon Knapp, Invicta president and co-founder, in the official release.

Coenen defeated Ruyssen via second-round rear-naked choke at a United Glory event in Switzerland in 2008. In her most recent fight, “Rumina” relinquished her 135-pound Strikeforce title to Miesha Tate in July, succumbing to an arm-triangle choke in the bout’s fourth frame. The Dutchwoman earned victories against Roxanne Modafferi, Sarah Kaufman and Liz Carmouche during her Strikeforce tenure.

The loss to Coenen is the only blemish on the resume of Ruyssen, who has earned each of her five victories by first-round submission. A winner of four straight fights, the France native dispatched Florence Berthe via guillotine choke in her last in-cage appearance this past November.