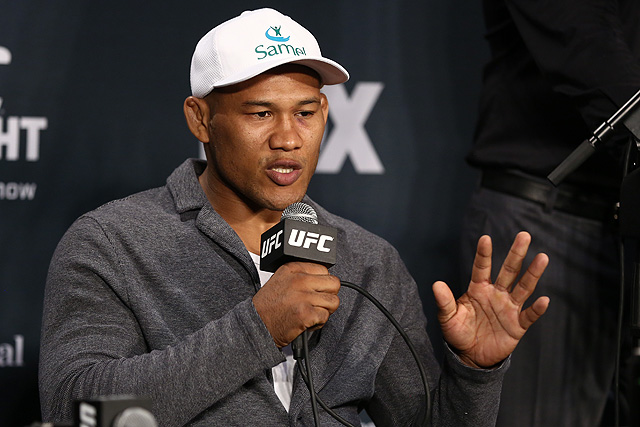 
Ronaldo Souza recently had surgery for a partially torn meniscus suffered in his victory over Chris Camozzi at UFC on Fox 15, according to a report from UFC Tonight.

“Jacare” submitted Camozzi with an armbar 2:33 into the opening round of their April 18 encounter at the Prudential Center in Newark, N.J. Shortly after the bout, the Brazilian underwent a procedure to repair the meniscus in his left knee.

Souza is planning to return to action by September. His manager, Gilberto Faria, told UFC Tonight that the middleweight would like to face either the Chris Weidman-Vitor Belfort winner or Luke Rockhold when he is fully healthy. Weidman defends his middleweight title against Belfort at UFC 187 on Saturday, while Rockhold is coming off an impressive submission of Lyoto Machida in the UFC on Fox 15 headliner.

Souza is 22-3 overall and 5-0 in the UFC following his triumph over Camozzi, who took the bout on short notice when Yoel Romero was forced to withdraw due to a knee injury of his own. It was the second time the former Strikeforce titlist has defeated Camozzi in UFC competition. Souza also owns victories over Yushin Okami, Francis Carmont and Gegard Mousasi within the Las Vegas-based promotion.