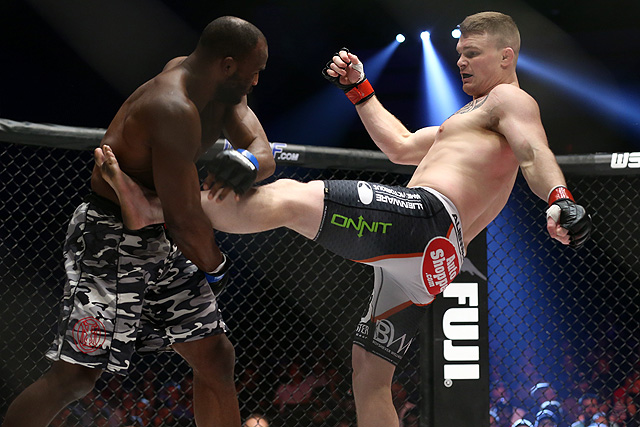 
The World Series of Fighting 22 lineup is complete with the addition of five preliminary contests, topped by a light heavyweight showdown between two-time WSOF veteran Jake Heun and ex-Bellator talent Davin Clark.

WSOF 22 takes place on Aug. 1 at the Planet Hollywood Resort and Casino in Las Vegas and is headlined by a welterweight title tilt between Rousimar Palhares and Jake Shields. The evening’s five-bout main card airs on NBC Sports Network beginning at 11 p.m. ET/8 p.m. PT.

Anchored at American Top Team, Heun last appeared at WSOF 19, where he tapped out to a second-round arm-triangle choke from Clifford Starks. Heun owns a 7-4 career record, including a win over Kendrick Miree in his WSOF debut. Clark, meanwhile, is based at the American Kickboxing Academy and is 5-2-2 as a pro. In his most recent outing, he suffered a third-round technical knockout loss to Joe Vedepo at Bellator 129.