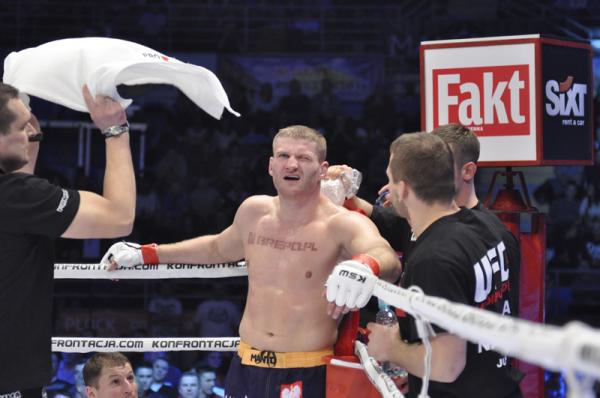 Jan Blachowicz will next defend his KSW light heavyweight title on March 16, when the Polish standout meets UFC veteran Goran Reljic in the main event of KSW 22.

Promotion officials recently announced the pairing, which tops a seven-fight bill from Torwall Hall in Warsaw. Pride Fighting Championships veteran Pawel Nastula is also expected to compete at the event, though an opponent has not yet been named for the 42-year-old.

Blachowicz, 29, has won 13 of his last 14 fights, with his only loss in that span coming to Pride and UFC veteran Rameau Thierry Sokoudjou in March 2011. The Pole avenged that defeat the following November, taking a unanimous decision over Sokoudjou to capture the KSW belt. Blachowicz has since defended his title twice, posting unanimous decision wins over ex-UFC talents Mario Miranda and Houston Alexander.