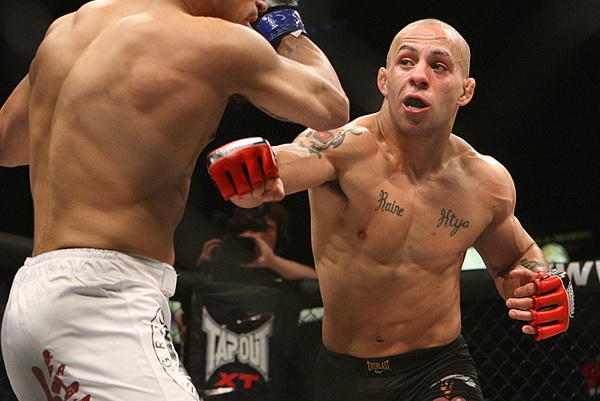 Downing last competed at RFA 2 on March 30, where he earned a unanimous nod over Alessandro Ferreira. “Demon Eyes” owns a 2-0 mark in Bellator, notching triumphs against Chad Vandenberg and Danny Tims in 2010. The Hard Drive MMA representative has lost just once in 10 career outings, with six of his victories going the distance.

Rinaldi, who was eliminated in by Joe Proctor in a preliminary bout to get into the “TUF 15” house, is unbeaten in six professional appearances. Most recently, the North Carolina native captured a unanimous decision against Mark Dickman at RFA 3. The 25-year-old Team Roc representative has finished four of his triumphs by way of submission, including a notable victory over current UFC talent Dennis Bermudez in 2010.