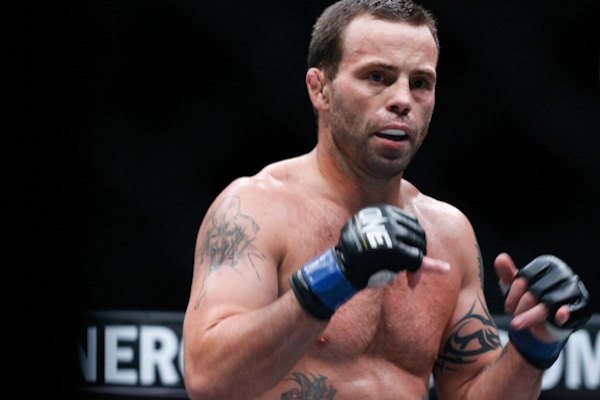 Sherdog.com confirmed the bookings with a source close to the event on Tuesday. Two more bantamweight grand prix quarterfinals are expected to be revealed in the coming days.

One FC 6 takes place Oct. 6 and will see the Singapore-based promotion crown three world champions. Two of those title bouts have already been announced, as Zorobabel Moreira faces Kotetsu Boku for the welterweight championship and Leandro Issa meets Soo Chul Kim for the bantamweight belt. The show airs live on pay-per-view and takes place at Singapore Indoor Stadium in Kallang, Singapore.

Pulver, 37, became the inaugural UFC lightweight champion by outpointing Caol Uno in 2001. More recently, the veteran has fallen on hard times in the cage, going 1-5 in the WEC and then splitting his next eight fights while competing between featherweight and flyweight. Most recently, “Little Evil” suffered a technical knockout defeat to unbeaten Filipino prospect Eric Kelly in his Aug. 31 promotional debut at One FC 5.

Ueda, 34, recently saw a five-fight winning streak snapped during a one-bout stint with the Bellator Fighting Championships. Competing as one of eight entrants in the promotion's sixth-season bantamweight tournament, the former Shooto 132-pound titlist was eliminated from the competition in the quarterfinals by Jackson's MMA talent Travis Marx and subsequently received his promotional release. The April 6 loss marked just the second career setback for Ueda, who owns 10 of his 15 wins by decision.