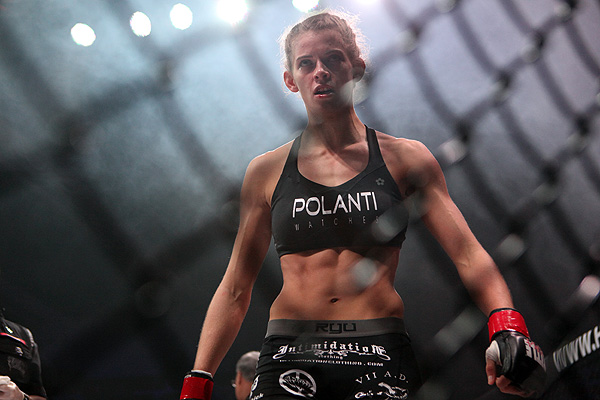 A new women’s bantamweight showdown has been added to “The Ultimate Fighter 18” finale, as UFC officials announced Monday that Jessamyn Duke will collide with Peggy Morgan in a battle of castmates.

The Nov. 30 event takes place at the Mandalay Bay Events Center in Las Vegas and is headlined by a lightweight rematch between Gray Maynard and Nate Diaz. The show airs live on Fox Sports 1 and will additionally feature the “TUF 18” finals in both the men’s and women’s brackets.

Duke is undefeated as a professional but came up short in the “TUF 18” quarterfinals, when she was outpointed by Raquel Pennington in a hard-fought exhibition bout. Prior to joining the cast of the reality series, the 27-year-old competed three times for the Invicta Fighting Championships, scoring stoppage wins in her first two pro bouts. Duke last competed April 5, suffering a knockout defeat to Miriam Nakamoto that was later changed to a no-contest due to an illegal knee strike.

Morgan also saw her “TUF 18” run ended in the round-of-eight, as Sarah Moras took the larger fighter to the canvas and submitted her in the first round. Like Duke, Morgan is also undefeated in professionally sanctioned bouts, scoring two decision wins to begin her MMA career. “The Daywalker” most recently competed this past March, when she took a unanimous decision from Revelina Berto within the Florida-based Championship Fighting Alliance.