Jiri Prochazka didn't come out on top of Rizin Fighting Federation's eight-man tournament back in the New Year's Eve season, but the 23-year-old Czech prospect still scored a first-round stoppage in the Rizin 1 headliner on Sunday in Nagoya, Japan, knocking out longtime Japanese veteran Kazuyuki Fujita inside Nippon Gaishi Hall.

Prochazka (17-3-1) threatened the 45-year-old Fujita (15-11) from the heavyweight bout's outset, forcing “Ironhead” to shoot for repeated takedowns. Though the longtime Pride Fighting Championships mainstay was able to knock Prochazka off-balance at one point, “Denisa” quickly took his feet, landed a clean right hook that put down his foe and stopped the bout at just 3:18 of the opening round.

Prochazka's only loss in his last 13 bouts is his Dec. 31 knockout loss in the Rizin tournament final to Muhammed Lawal. Fujita is now 1-6 in his last seven bouts over a nine-year stretch.

In the Rizin 1 co-feature, one of the promotion's young “musketeers” suffered defeat as Vadim Nemkov dropped a split decision to upstart Swedish light heavyweight Karl Albrektsson. 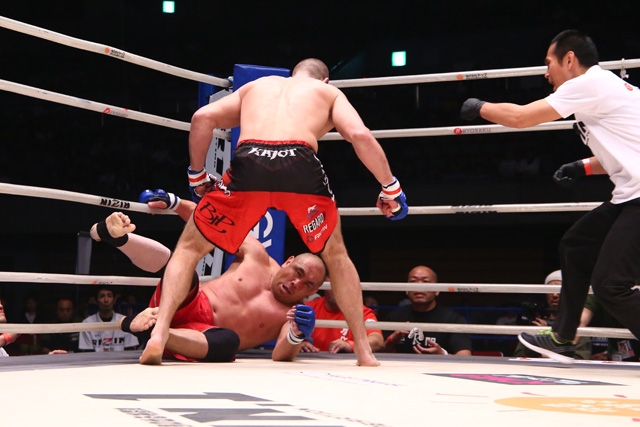 Though Singh was able to sweep from the bottom on multiple occasions, he couldn't stop Aukstuolis' wrestlng, repeated full mounts and ground-and-pound attack, dropping the unanimous verdict over 20 minutes.

The tag match, predictably, went to a time-limit draw with no submissions being scored. Silva and Sakuraba both attacked one another from the clinch, as Silva tried to roughhouse the Japanese legend and Sakuraba sought his famous standing kimura. Tamura and Tokoro found themselves squaring off on several occasions, with Tokoro opting for sliding leg locks, while Tamura threatened with armbars to genuine excitement but no avail. 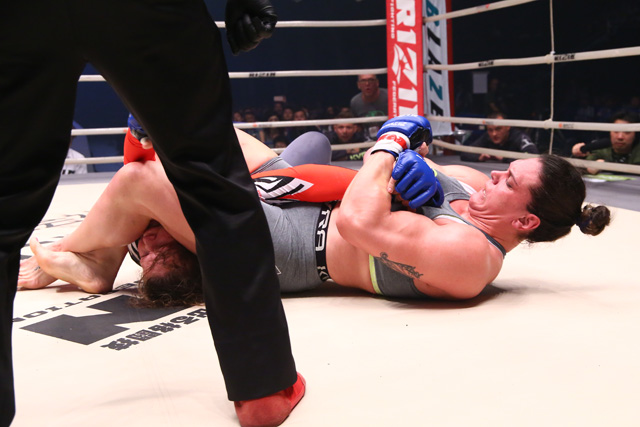 Ultimate Fighting Championship lightweight veteran Daron Cruickshank (17-8, 1 NC) earned his first victory since October 2014, halting Shinji Sasaki (16-9-3) at 4:36 of the first round. “The Detroit Superstar” was all over his opponent from the opening bell, forcing him into ill-advised shots that set up the fight-ending right hook-soccer kick combo.

At 180 pounds, Bellator MMA vet Hisaki Kato (6-2) made short work of Yuta Watanabe (19-7-4). The Daidojuku ace was in Watanabe's face instantly with uppercuts, socking him up until he earned the stoppage from referee Naoya Uematsu in just 64 seconds. 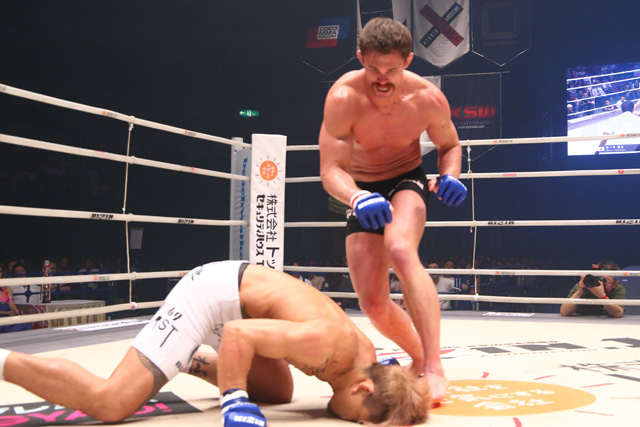 In her pro MMA debut, international freestyle wrestling standout Kanako Murata used power double-leg takedowns and a variety of keylock and kimura attacks from side control to best Russia's Natalia Denisova (2-2) over a methodical 15 minutes.

In undercard kickboxing action, Tetsuya Yamato registered three knockdowns to stop Hiroto Yamaguchi at 2:32 of the first round in their 141-pound contest; Brazilian Danilo Zanolini halted Norihisa Amimoto with a right hook at 2:19 of their 160-pound bout; and in the evening's opener at 132 pounds, Yuya Yamato needed just 66 seconds to punch out Yuki Kotani, sending him to the mat three times.

A scheduled flyweight contest between Brazilian Allan Nascimento and Deep flyweight champion Yuki Motoya was canceled due to Motoya not making weight and being medically unable to fight.

The official announced attendance inside Nippon Gaishi Hall was 7,291.