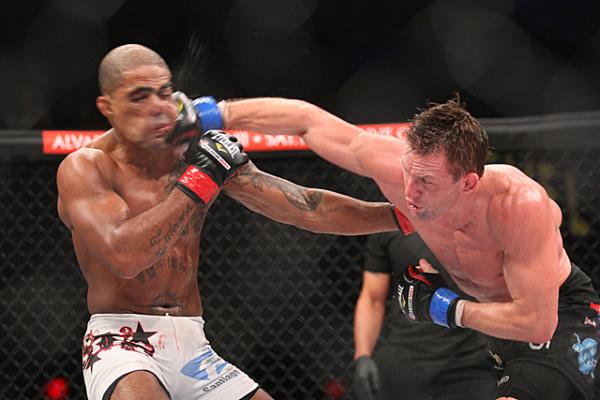 
The Joe Warren gas tank was there when he needed it.

Warren, 37, took a unanimous decision from Renovacao Fight Team’s Rafael Silva and captured the interim Bellator MMA bantamweight championship in the Bellator 118 main event on Friday at the Revel Atlantic City in Atlantic City, N.J. The self-professed “Baddest Man on the Planet” swept the scorecards with identical 48-47 scores.

Silva (21-4, 2-1 Bellator) -- who replaced reigning 135-pound champion Eduardo Dantas on short notice -- moved to an early advantage, as he controlled much of the first two rounds with clean punches, occasional takedowns and superb close-quarters grappling.

However, it was not enough to deter the resilient Warren, who sustained significant damage to his left eye as a result of a fist-to-face encounter with a Silva right hand. The former Bellator featherweight champion turned the corner in round three and began to grind down Silva with clinches, takedowns and ground-and-pound. The fourth and fifth rounds followed a similar narrative, as Warren (11-3, 9-2 Bellator) rode his superior conditioning and dogged determination to a fourth straight victory.

“I’m so honored to get a second belt here in Bellator,” Warren said. “I went through war in here to get that, but I’ll keep this belt on as long as I can.”

“I thought I was going to get a finish,” Warren said. “He showed more heart than I’ve ever seen in this cage.” 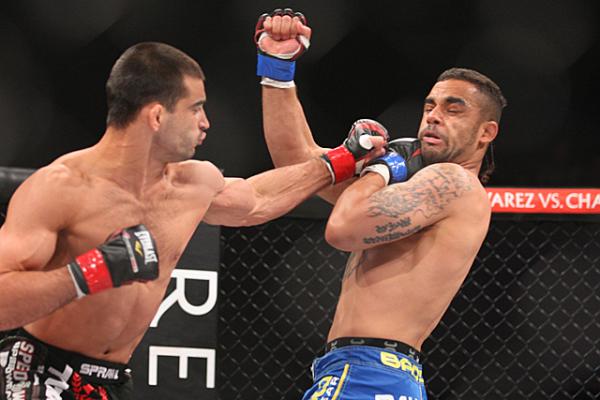 Photo: K. Mills/Sherdog.com
Koreshkov is gaining momentum.
Russian juggernaut Andrey Koreshkov knocked out Justin Baesman with a devastating flying knee in the first round of their Season 10 welterweight tournament semifinal. A late replacement for Sam Oropeza, Baesman (14-5-1, 0-2-1 Bellator) collapsed at the base of the cage 1:41 into round one.

Koreshkov (16-1, 7-1 Bellator) overwhelmed his counterpart with power, speed and technique. A left hook to the body set Baesman on unsteady legs, and the flying knee put him on the canvas. Koreshkov unleashed one last standing-to-ground right hand before referee Dan Miragliotta could intervene.

It was the 10th first-round stoppage of his 17-fight career. 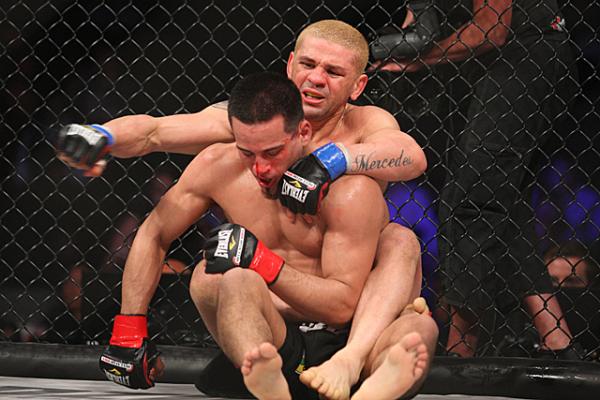 Photo: K. Mills/Sherdog.com
Galvao was on another level.
Takedowns and ground-and-pound carried two-time Brazilian jiu-jitsu world champion Marcos Galvao to a unanimous decision against the game but overmatched Thomas Vasquez in a bantamweight showcase. All three cageside judges scored it the same: 30-27 for Galvao (16-6-1, 6-3 Bellator)

Vasquez (7-1, 0-1 Bellator) enjoyed some success in standup exchanges but failed to stay upright against the relentless Brazilian. Galvao struck for takedowns in all three rounds, neutralizing the 27-year-old San Diego native on the canvas.

He did his best work in round three, where he grounded Vasquez, moved immediately to his back and corralled him with a body triangle. Repeated rear-naked choke attempts followed from Galvao, as he kept Vasquez bottled up with elbows and punches from behind to polish off his sixth win in seven appearances. 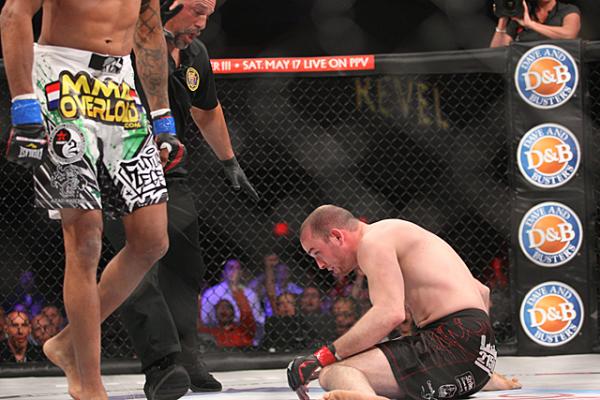 Photo: K. Mills/Sherdog.com
McGeary lit up Mucitelli quickly.
The undefeated Liam McGeary knocked out Mike Mucitelli with an exquisitely timed left hook in the first round of their 2014 Summer Series light heavyweight tournament quarterfinal. Mucitelli (6-1, 4-1 Bellator) met his end 22 seconds into round one.

McGeary (7-0, 4-0 Bellator) bounded to his feet following a quick takedown from the 30-year-old Rochester, N.Y., native. He then met a left jab from Mucitelli with the finishing blow, folding him where he stood. No follow-up damage was necessary. 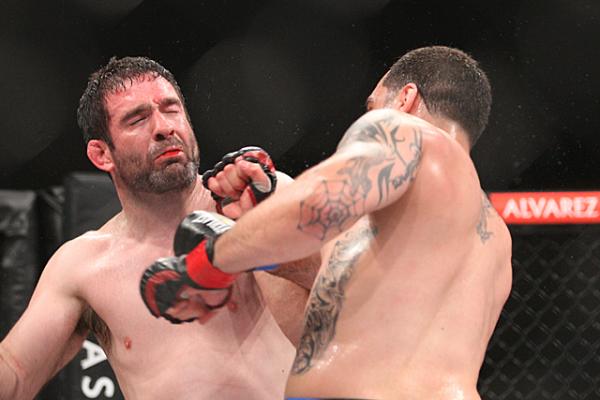 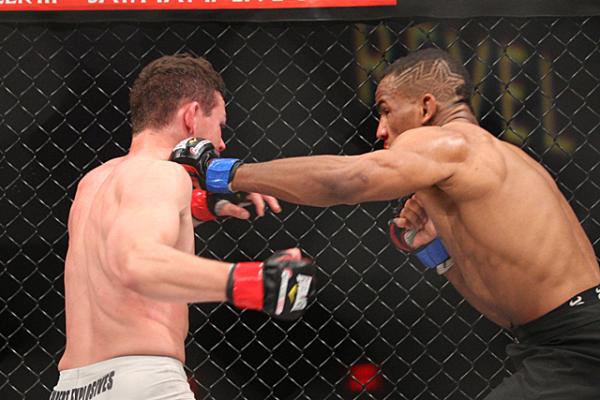 Photo: K. Mills/Sherdog.com
Outlaw beat Bannon down for 15 minutes.
took a unanimous verdict from Ryan Contaldi (7-8-1, 0-2 Bellator) in their battle at a 187-pound catchweight, securing 30-26 marks on all three scorecards; Lester Caslow (12-9, 3-2 Bellator) submitted Jay Haas (11-14, 0-4 Bellator) with a guillotine choke 2:29 into the first round of their clash at 145 pounds; unbeaten Ring of Combat alum Sidney Outlaw (3-0, 1-0 Bellator) kept his perfect professional record intact with a unanimous verdict against Mike Bannon (5-2, 1-2 Bellator) in their lightweight encounter, sweeping the cards by identical 30-27 scores; and journeyman Kevin Roddy (14-15-1, 2-1 Bellator) picked up a unanimous decision over Amran Aliyev (3-3, 0-1 Bellator) in their scrap at 145 pounds,
earning 29-28 marks from all three judges.