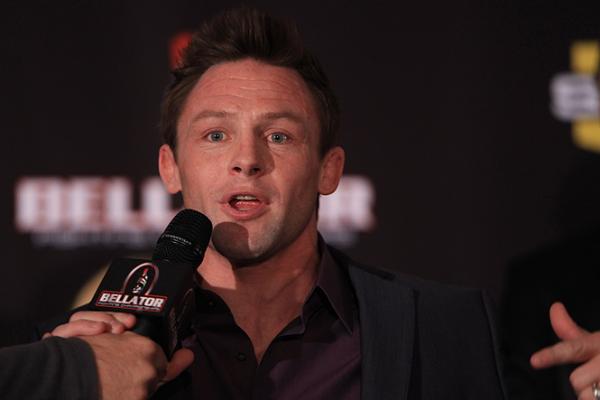 Joe Warren will return to the Bellator cage on Nov. 9 to face Owen Evinger in a bantamweight tilt at Bellator 80.

Bout agreements are in place for the fight, Sherdog.com confirmed Wednesday with a source close to the contest. A venue has not yet been named for Bellator 80, but the show’s main card will air live on MTV2. Thus far, no contests have been officially announced by the promotion for the Nov. 9 event.

Warren has not competed since March 9, when he suffered a brutal knockout loss to Pat Curran that cost him the Bellator featherweight title. That defeat marked the second straight setback for the self-proclaimed “Baddest Man on the Planet,” as Warren was previously starched by the hard-punching Alexis Vila last September in the Season 5 bantamweight tournament quarterfinals. The 2006 Greco-Roman wrestling world champion began his MMA career by topping seven of his first eight foes en route to winning both the Season 2 featherweight tournament and Bellator’s 145-pound belt.

Evinger also rides back-to-back defeats into his showdown with Warren. After earning six consecutive victories to kick off his pro career, the Missourian was choked out by Brandon Shelton in his Bellator debut last year. Though Evinger rebounded with a victory under the Shark Fights banner, he was once again tapped out with a rear-naked choke in his Bellator return last October, this time submitting to Aaron Ely. Most recently, Evinger fell to Allen Gibson on Jan. 28, submitting to a second-round armbar at an FM Productions show in Springfield, Mo.