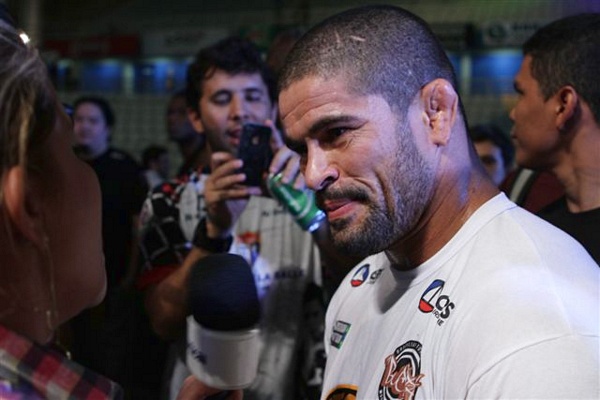 “Rousimar Palhares tested positive for elevated testosterone, and Joey Beltran tested positive for nandrolone following their respective bouts at UFC on FX 6 in Australia,” the official statement read. “The UFC organization has a strict, consistent policy against the use of any illegal and/or performance-enhancing drugs, stimulants or masking agents.”

The release also states that both fighters have agreed to serve nine-month suspensions, retroactive to their Dec. 15 fight date. Additionally, they must pass a drug test at the conclusion of their suspensions in order to receive clearance to fight again. While Palhares suffered a first-round technical knockout to former Bellator middleweight king Hector Lombard to kick off the evening’s main draw on FX, Beltran took a hard-fought unanimous decision from Croatian talent Igor Pokrajac during the Fuel TV-broadcast prelims. However, that victory has been changed to a no-contest, according to UFC executive Marc Ratner, who confirmed the change with Sherdog.com on Thursday night.

UFC on FX 6 took place at the Gold Coast Convention Centre in Gold Coast, Australia, and was headlined by a lightweight showdown between “Ultimate Fighter: Australia vs. U.K.” coaches George Sotiropoulos and Ross Pearson. Pearson stopped his fellow coach in the third round of their main event, earning a technical knockout over the Aussie in his return to the lightweight division.