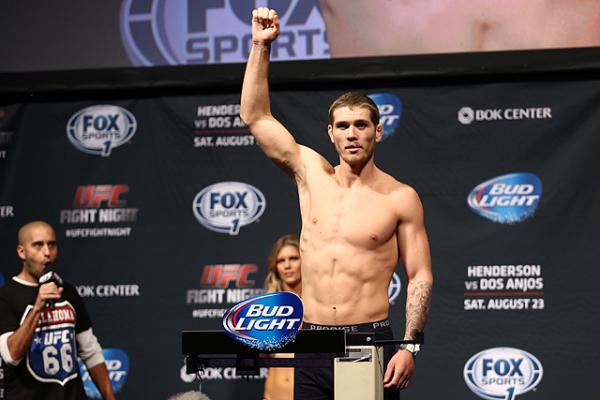 
Jordan Mein and Thiago Alves will again attempt to square off in the Octagon at UFC 183.

Both Mein and Alves were originally supposed to fight at UFC Fight Night “Bader vs. St. Preux,” but an injury to “Pitbull” derailed the plans.

Alves triumphantly returned to action at UFC on Fox 11 following a two year hiatus, defeating Seth Baczynski via unanimous decision. The 31-year-old owns a (12-6) mark under the UFC banner.

Mein wound up fighting Mike Pyle in August, after Brandon Thatch was also scratched from the card. The former Strikeforce competitor is making waves at 170-pounds, losing only twice since 2010. “Young Gun” has only lost once under the UFC banner, a technical knockout defeat at the elbow of Matt Brown.