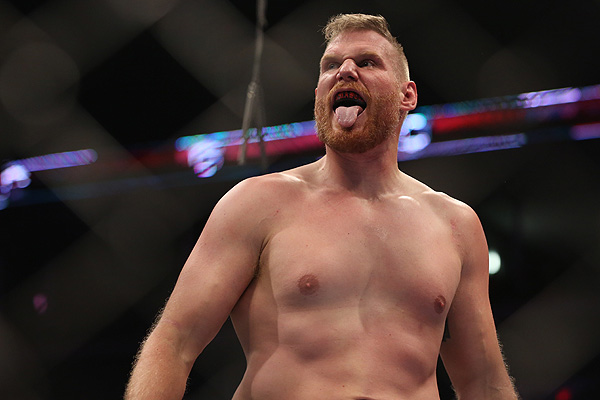 Josh Barnett’s acting career could be lucrative enough to keep him away from fighting. | Dave Mandel/Sherdog.com


While Josh Barnett was impressive in taking a unanimous verdict over Roy Nelson this past Saturday --his first UFC appearance since December 2013 -- there is no guarantee that “The Warmaster” returns to the Octagon any time soon.

According to a report from UFC Tonight, Leland Lebarre, Barnett’s manager, said the heavyweight makes more money acting than he does fighting and currently has a “big movie offer” on the table.

Barnett is healthy after his win against “Big Country” at UFC Fight Night and would be able to fight again in as soon as two months. The timeliness of Barnett’s return could hinge on what type of matchup the promotion offers, as Lebarre also told UFC Tonight that he could envision the ex-champion taking a lengthier leave of absence or even stepping away for good.

In his first appearance since a first-round TKO loss to Travis Browne at UFC 168 in December 2013, Barnett roughed Nelson up in the clinch for the better part of 25 minutes at the Saitama Super Arena. It was a memorable return to Japan for Barnett, who faced the likes of Mirko Filipovic, Antonio Rodrigo Nogueira and Mark Hunt during Pride Fighting Championships’ heyday.