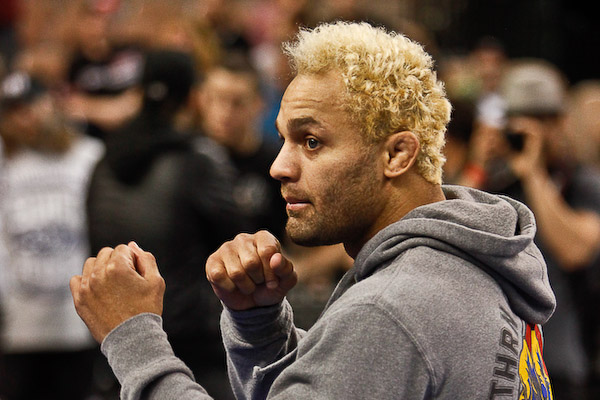 Welterweight Josh Koscheck has suffered a bulging disc in his back and will be unable to compete against Jake Ellenberger in the co-main event of UFC 151.

UFC officials announced the news during Tuesday’s episode of “UFC Tonight” on Fuel TV. A replacement opponent for Ellenberger is expected to be announced shortly.

Koscheck, 34, was last seen in a hard-fought split decision defeat to fellow wrestler Johny Hendricks at UFC on Fox 3. Prior to that May 5 loss, “The Ultimate Fighter” Season 1 alum had won back-to-back fights, knocking out former two-time welterweight titlist Matt Hughes in September before taking a split verdict against Mike Pierce at February’s UFC 143.

Meanwhile, 27-year-old Ellenberger recently saw a six-fight winning streak snapped by Martin Kampmann, who rallied from an early knockdown to stop “The Juggernaut” in the second round of their June 1 clash. Ellenberger kicked off 2012 with a unanimous decision victory over Diego Sanchez, following a 2011 in which he topped Jake Shields, Sean Pierson and Carlos Eduardo Rocha.