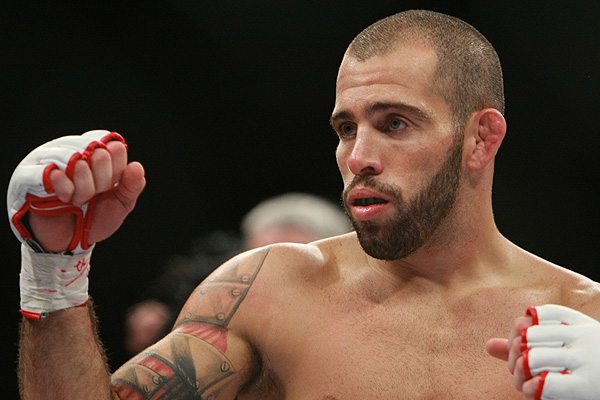 Junior Assuncao now has an opponent for his Legacy Fighting Championship debut.

Sherdog.com learned Thursday from Legacy promoter Mick Maynard that the UFC veteran will square off with Douglas Frey at LFC 13, which takes place Aug. 17 in Dallas.

LFC 12 also received an update Thursday, as three new main card attractions were revealed. In addition to the flyweight title headliner between Will Campuzano and Steve Garcia, the July 13 show will see three-time LFC competitor Larry Crowe face unbeaten Noel Ligon at middleweight. A featherweight confrontation between Reynaldo Trujillo and Adam Schindler will also be featured at Arena Theater in Houston, as will a welterweight scrap pitting Jonathan Harris against Artenas Young.

Assuncao had a seven-fight winning streak snapped when he was outpointed by Ross Pearson at UFC 141 in December. The defeat brought Assuncao’s second UFC stint to an end after he outpointed former Tachi Palace Fights champion Eddie Yagin in his September return at UFC 135. The 30-year-old holds an overall UFC record of 2-3 and owns career victories over Dustin Hazelett, Mark Miller and Kalvin Hackney.

Frey, 29, has lost four of his last five contests. Most recently, the Texan was knocked out by Rad Martinez at Bellator 62 in March. His lone victory since January 2011 came against Tim Snyder in December, as Frey submitted the 23-fight veteran with a guillotine choke in less than three minutes. The Fitness Fight Factory representative is a seven-time Shark Fights veteran and holds nine of his 10 career wins by either knockout or submission.