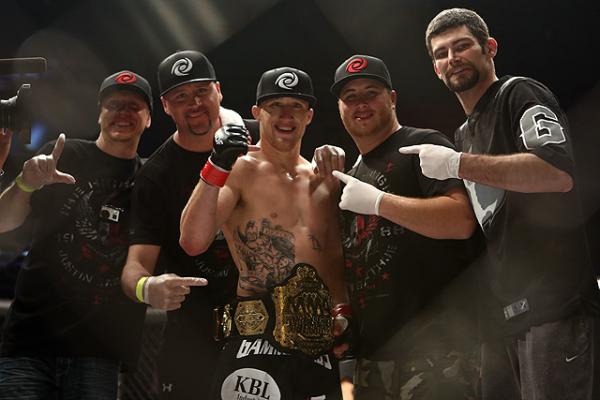 
Grudge Training Center prospect Justin Gaethje went after what he wanted, and Richard Patishnock made the mistake of getting in his way.

Gaethje wiped out Patishnock with a savage volley of standing strikes to become the inaugural World Series of Fighting lightweight champion in the WSOF 8 headliner on Saturday at the Seminole Hard Rock Hotel and Casino in Hollywood, Fla. A short-notice replacement for the injured Lewis Gonzalez, Patishnock (6-2, 2-1 WSOF) wilted 69 seconds into round one.

There was no feeling-out process. Gaethje (11-0, 4-0 WSOF) stormed out of the gate, and Patishnock met him with some heavy artillery. Gaethje walked through his punches and delivered some of his own in return, badly staggering the Team Chamber MMA representative with a right hook. From there, Patishnock was on borrowed time. A hailstorm of uppercuts, knees and standing elbows came next, forcing referee Troy Waugh to intervene.

“All the years are paying off right now,” Gaethje said. “We haven’t worked one elbow all camp, to tell you the truth. Coach is just always telling me to have fun out there and stay creative.” 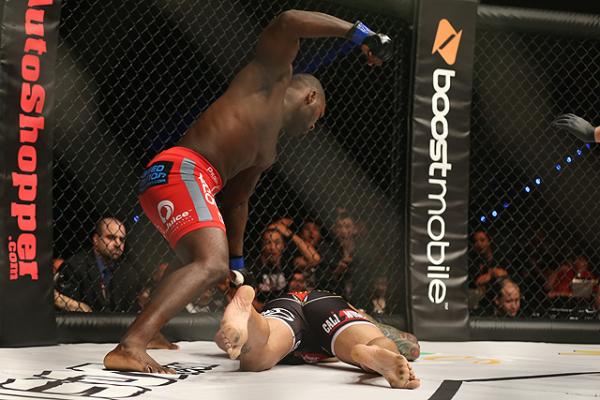 Photo: D. Mandel/Sherdog.com
Johnson lamped Kyle at 2:03.
Blackzilians export Anthony Johnson knocked out Mike Kyle with a counter right hook in the first round of their light heavyweight co-main event. Kyle (20-11-1, 0-2 WSOF) collapsed to the canvas facedown and unconscious 2:03 into round one.

Johnson (16-4, 3-0 WSOF) shrugged off a single-leg takedown attempt and subsequent clinch from the American Kickboxing Academy veteran, drawing him into a firefight after their skirmish against the cage. Both men let the fists fly, with Johnson connecting on the fight-ending blow.

The 29-year-old Dublin, Ga., native has rattled off six consecutive victories since being released by the Ultimate Fighting Championship after his January 2012 defeat to Vitor Belfort. 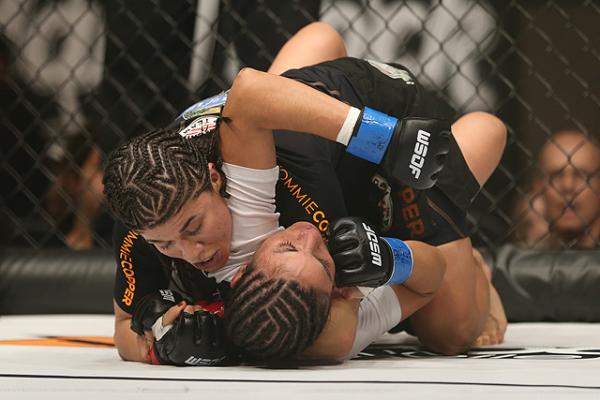 Photo: D. Mandel/Sherdog.com
Aguilar put Gray away in round one.
American Top Team’s Jessica Aguilar submitted Alida Gray with a first-round arm-triangle choke to become the first women’s strawweight champion in World Series of Fighting history. Gray (4-1, 0-1 WSOF) tapped out 2:45 into round one.

Aguilar (17-4, 1-0 WSOF) secured a takedown inside the first 30 seconds and went to work in half guard. The 31-year-old softened Gray with elbows, locked in the choke and cleared the judoka’s guard for the finish. Aguilar, the world’s top-ranked women’s strawweight, has won her last eight fights.

“It’s been eight years coming,” she said. “It’s a lot of hard work that I’ve done, and it all paid off right here. I want to thank American Top Team for creating me.” 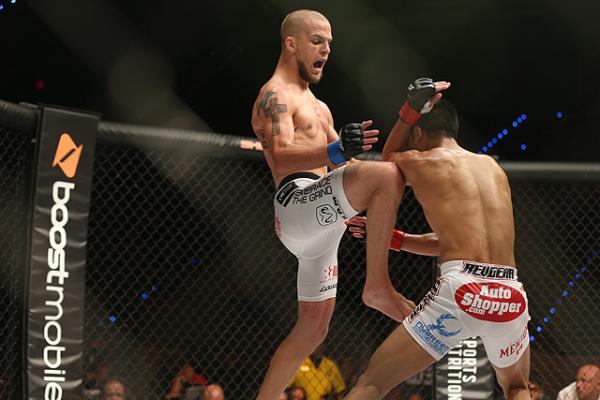 Neither man made a serious move in a largely forgettable encounter, as they pecked away at one another for 15 minutes. Bollinger was the more aggressive and diverse fighter, scoring with knees, kicks and punches from the perimeter, his length clearly frustrating his counterpart.

Nam (12-6, 0-2 WSOF) did his best work in the second round, where he grazed the 22-year-old with a right hook, trailed Bollinger to the canvas when he lost his footing and pounced with punches. However, Bollinger escaped damage and returned to his feet without much resistance, the two bantamweights resuming their dance. 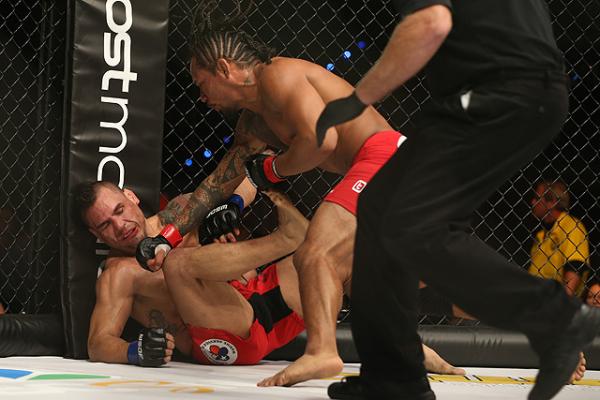 While he struck for a pair of first-round takedowns, Patino (35-15-2, 0-1 WSOF) was neutralized by his adversary’s airtight guard; and he was a sitting duck on the feet. Palomino racked “Macaco” with damaging combinations, staggering him on more than one occasion.

In the second round, the MMA Masters representative zapped Patino with a wicked right cross, drove him to the mat and knocked him senseless with a series of unanswered blows at the base of the cage. 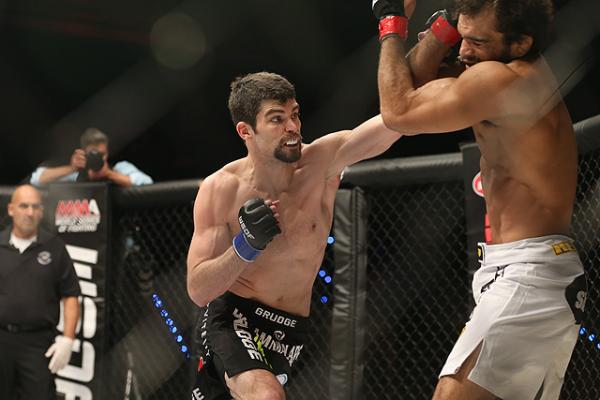 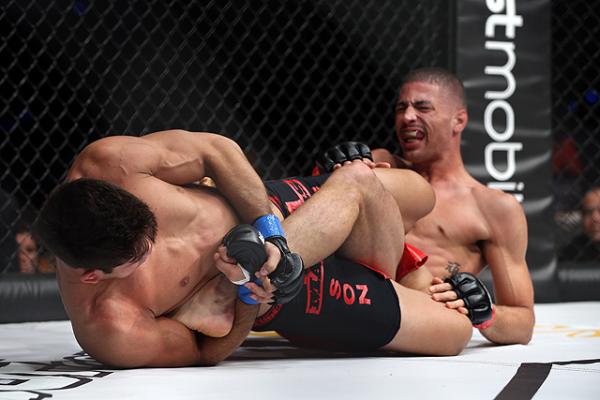