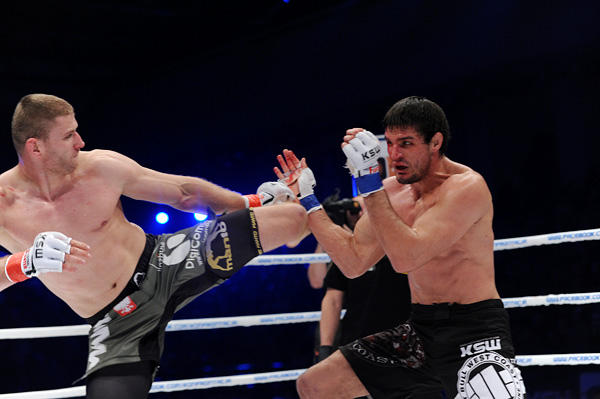 Blachowicz recently announced the news via Twitter, and a UFC official confirmed the signing to Sherdog.com on Friday. The reigning Konfrontacja Sztuk Walki light heavyweight king has not yet been given a date or opponent for his Octagon debut, however.

Blachowicz turned pro in 2007 and has spent the majority of his 20-fight career inside the KSW ring, earning 12 victories in his first 14 bouts before suffering a technical knockout loss to Rameau Thierry Sokoudjou in a failed attempt to capture the KSW title.

However, the Pole rebounded from that 2011 defeat with five straight victories and avenged his loss to Sokoudjou in a unanimous decision at KSW 17. The 30-year-old then defended his belt twice, outpointing Mario Miranda in a non-title bout before doing the same to Houston Alexander and Goran Reljic to retain the gold.