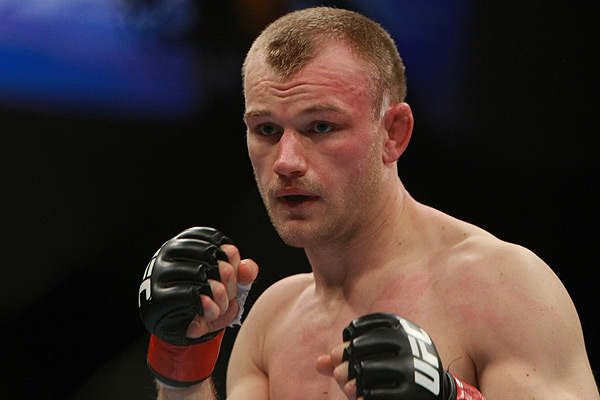 Martin Kampmann may have gotten a win over Thiago Alves at UFC on FX 2, but it did not unfold the way he had drawn it up.

Alves proved to be the more accurate, powerful fighter throughout much of their headlining welterweight attraction at the Allphones Arena in Sydney. Continually lighting up Kampmann with leg kicks and straight punches, Alves controlled most of the bout’s action.

“I’ll be honest. I’ve got kind of a sore leg right now, even though he didn’t hit me that many times. I was prepared to counter the low kicks with a straight right or block them,” Kampmann said at the post-fight press conference. “I wanted to take him down, because I felt I had the better ground game. Unfortunately, I was walking into some punches on the way in. Sometimes, that’s how it goes.”

Kampmann’s most effective strike of the fight came in round one, when the 29 year old connected with a front kick to Alves’ jaw and followed with a series of punch combinations. However, Alves survived the flurry to finish the round impressively, taking Kampmann down and mounting him.

Continually standing on the end of his opponent’s range, Kampmann had his head snapped back multiple times by Alves in the final two rounds, as the Brazilian settled into a rhythm and stuffed each of Kampmann’s takedown attempts.

“I was behind in there. I’ll be honest. Thiago was getting me with some good shots, and I wanted to take him down,” said Kampmann. “I was walking into too many punches, and that was not a part of the game plan. It’s a good thing I have a good chin and can eat some shots.”

With time running low in the final frame, Alves made a critical error in judgment that cost him the fight. After staggering the Dane with a combination in the bout’s waning seconds, Alves dived for a double-leg takedown. Kampmann quickly responded by locking up a tight arm-in guillotine choke and rolling on top of the American Top Team fighter. Trapped under Kampmann’s mount, Alves had no choice but to tap out at 4:12 of round three.

“It was in my mind that I had to step it up, because I was behind,” said Kampmann. “When I got the opportunity to put in the submission, I grabbed onto that choke and squeezed for dear life. I was disappointed in my performance, but I was happy to get the submission.”
SHARE ON FACEBOOK SHARE ON TWITTER
Related Articles
Latest News
+ VIEW MORE