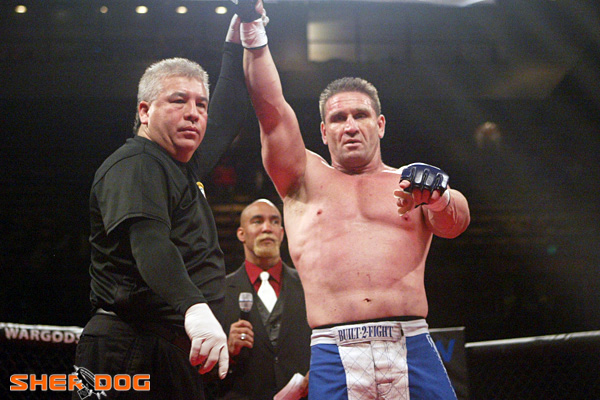 Two of MMA’s elder statesmen are expected to do battle this summer in England.

Sherdog.com confirmed Wednesday with Ultimate Cage Fighting Championships official David Mangham that Ken Shamrock and Ian Freeman have verbally agreed to square off on July 27 at Keepmoat Stadium in Doncaster. Contracts have not yet been signed, however, according to Mangham.

Shamrock, 49, began his MMA career in 1993 and quickly became one of the sport’s first stars thanks to successful careers inside both the Pancrase ring and the UFC Octagon, during which he defeated the likes of Masakatsu Funaki, Bas Rutten, Dan Severn and Kimo Leopoldo. However, the second half of Shamrock’s fighting career hardly resembled the first, as “The World’s Most Dangerous Man” was defeated in 10 of his last 14 outings. The Lion’s Den founder last competed in November 2010, when he was stopped by Mike Bourke in two minutes at King of the Cage “Platinum.”

Freeman has not competed since May 2008, when he earned a unanimous decision victory at Cage Rage 26 to capture the promotion’s British light heavyweight title. The 42-year-old made his pro debut in 1999 and his Octagon foray the following year, submitting to a Scott Adams heel hook at UFC 24. “The Machine” owns 15 of his 19 career wins by either knockout or submission and is likely best known for handing future UFC heavyweight champion Frank Mir his first defeat back in 2002.