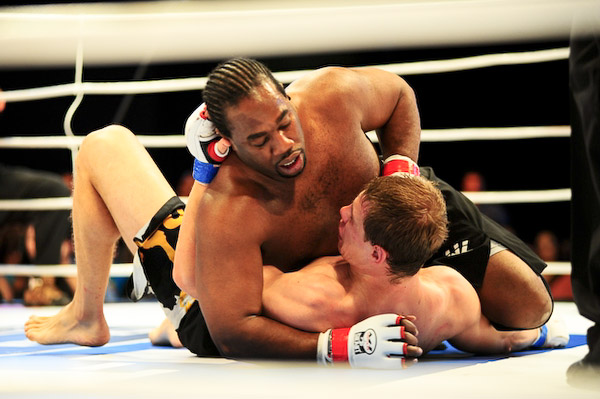 
Kenny Garner has stepped in for the injured Satoshi Ishii and will face Sergei Kharitnov at M-1 Challenge 53 "Battle in the Celestial Empire" on Nov. 25.

The card, which was initially scheduled for Nov. 11, takes place at the Mastercard Center in Beijing and also includes a heavyweight title tilt pitting reigning champ Marcin Tybura against Denis Smoldarev. M-1 Global recently inked a 10-year agreement to promote events in China on an annual basis. The card will stream live on www.M1Global.TV.

Anchored at American Top Team, the 39-year-old Garner owns a professional mark of 14-7, with eight of those triumphs coming by way of knockout or technical knockout. The former M-1 Global interim heavyweight champion enters the bout on a two-fight winning streak, including a split verdict over Scot Barrett at Titan FC 31 on Oct. 31.