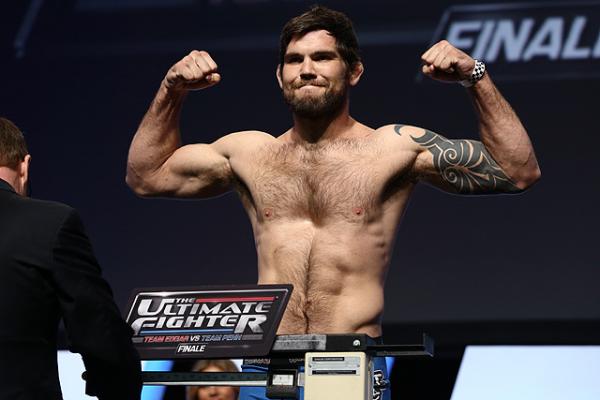 Robert Drysdale received a temporary suspension from the NAC on Thursday. | Dave Mandel/Sherdog.com


Both Kevin Casey and Robert Drysdale were victorious in their respective bouts at UFC 175 and "The Ultimate Fighter 19" finale finale in July. On Thursday, they were both handed temporary suspensions from mixed martial arts competition in Nevada pending a full hearing at a later date.

The decision to suspend the two fighters came during a Nevada Athletic Commission hearing. It was revealed that both Casey and Drysdale tested positive following the weekend the UFC held events on both July 5 and 6.

Casey, who defeated Bubba Bush via first-round knockout at UFC 175 on July 5, tested positive for the anabolic steroid drostanolone. Drysdale, who submitted Keith Berish in the opening frame at the “TUF 19” finale on July 6, had an elevated testosterone-to-epitestosterone (T/E) ratio of 12:1. The normal ratio in the average male is 1:1, while the Nevada Athletic Commission uses a 6:1 ratio as its cutoff point.

The pair were the only positive tests to result from both events. Enhanced testing for both blood and urine was used at UFC 175, while “TUF 19” competitors submitted urine samples, according to the Nevada attorney general’s office.

A veteran of “TUF 17,” Casey lost to Josh Samman at the show’s finale via second-round TKO in April 2013. He would pick up three straight wins under the Resurrection Fighting Alliance banner before returning to the Octagon to defeat Bush on July 5.

Drysdale was previously removed from a spot on the UFC 167 card when the NAC declined to medically clear him for having a 19.4:1 T/E ratio. The Las Vegas native was originally scheduled to make his promotional debut at UFC 163 before a staph infection forced him to withdraw from a bout against Cody Donovan. The 33-year-old Brazilian jiu-jitsu black belt is 7-0 as a professional, with all of his wins coming inside of a round.