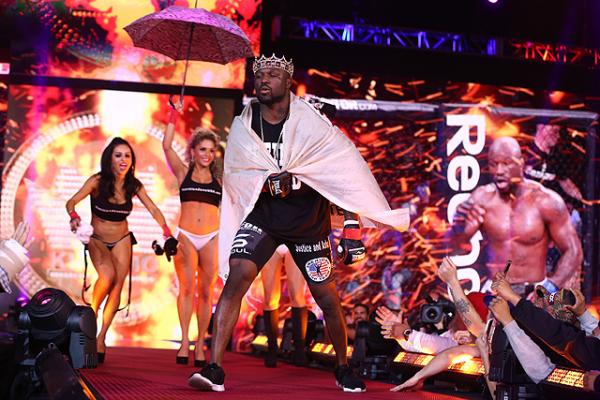 “King Mo” is set to return to the heavyweight division next month. | Photo: Dave Mandel/Sherdog.com


Former Bellator MMA light heavyweight contender Muhammed “King Mo” Lawal will move up to heavyweight for a bout with Cheick Kongo at Bellator 134.

On Jan. 12, Lawal reportedly volunteered to replace Bobby Lashley in a heavyweight fight against James Thompson on the same card, but that bout did not come to fruition.

Lawal, 34, has compiled 6-3 record in the Bellator cage since joining the promotion two years ago, with his losses coming to Newton (twice) and Quinton Jackson. The former Oklahoma State University wrestling standout has won back-to-back bouts against Dustin Jacoby and Joe Vedepo, both of whom were late replacements for Tom DeBlass. Lawal began his MMA career at heavyweight with wins against the likes of Travis Wiuff, Mark Kerr and Mike Whitehead.

Kongo spent nearly seven years as part of the UFC heavyweight roster before coming to Bellator in October 2013. The 39-year-old Frenchman has suffered just one loss in five Bellator outings, an April 2014 decision against current champion Vitaly Minakov.