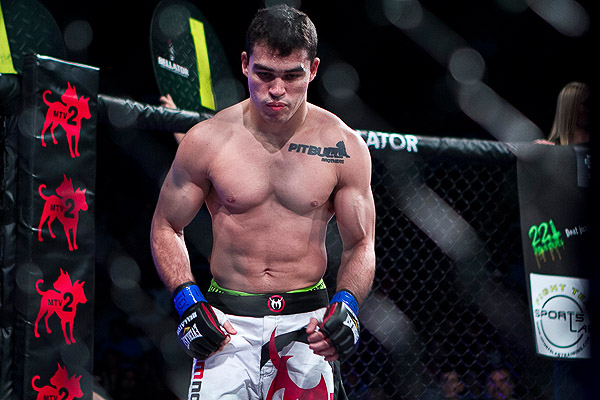 Patricky “Pitbull” Freire will not compete in his scheduled lightweight tournament quarterfinal tomorrow night at Bellator 87, as the Brazilian has suffered a knee injury that will prevent him from taking on Guillaume DeLorenzi in the evening’s main event.

In Freire’s place steps Saad Awad, who had initially been scheduled to meet Jason Fischer on the undercard. Sherdog.com confirmed the development Wednesday with a source close to the fighters following an initial report from MMAJunkie.com.

According to Sherdog’s source, Freire hurt his knee weeks ago and notified Bellator. However, the fighter thought he might be able to work through the injury in time for his bout, so the fight was not called off. As the fight date neared, it became clear that it would not be safe for the lightweight to compete.

Awad enters his first Bellator tournament on the strength of a four-fight winning streak, last competing on Oct. 20, when he submitted King of the Cage vet Daniel McWilliams in just 76 seconds. The onetime Strikeforce talent last competed for Bellator during the promotion’s first season, submitting to a Diego Garijo rear-naked choke at Bellator 10. The Millennia MMA representative competed thrice last year, stopping Andy Morales and Matt Shorey before besting McWilliams.